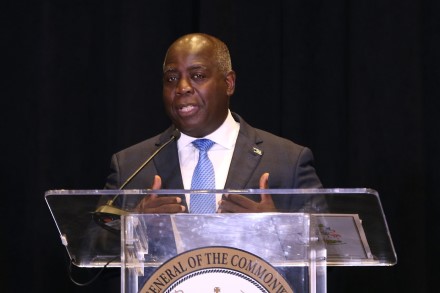 The Office of the Prime Minister and Ministry of the Environment and Natural Resources in the Bahamas on Thursday, November 6, announced two key appointments to support the government’s commitment towards promoting and supporting issues concerning the environment and climate change.

Among those appointed is Dr Rhianna Neely who has been named as acting director of environmental planning and protection. Neely holds a doctorate in Environmental Policy and Risk Management from Florida A&M University.

She has been working in the ministry since 2013 on a range of issues, including climate change, renewable energy and the abolition of single-use plastics.

Neely succeeds Rochelle Newbold, who has been redeployed to the Office of the Prime Minister to serve as a special advisor on climate change and environmental matters.

Having led the technical team at COP26, Newbold is believed to be well placed to advise on the implementation of the government’s multi-agency priorities, from carbon credits to its “new international commitments around climate change”.

Reacting to the appointments, PM Philip Brave Davis said: “In our ‘Blueprint for Change’, our administration signalled the importance and priorities we place on issues relating to the environment and climate change.

He noted that the enhanced profile of The Bahamas since COP26 and the new partnerships which the country has forged since then have given new impetus to these issues.

“By appointing an advisor in the Office of the Prime Minister who is able to work across all government ministries and departments, we will be able to ensure that the government’s mandate can be successfully implemented,” he said.

Minister of the Environment and Natural Resources Vaughn Miller said was also quoted as saying that “the technical agenda around environmental issues is extremely broad.

He maintained that the Bahamas stands to benefit enormously from the expertise and experience of Dr Neely and Mrs Newbold. “We congratulate both on their new roles,” he said.