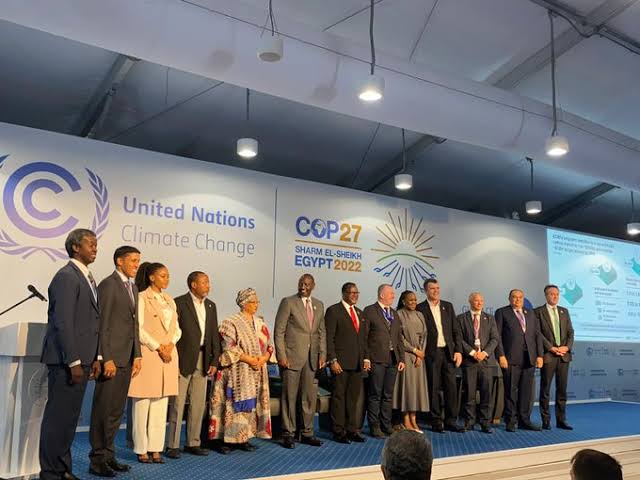 A new Africa Carbon Markets Initiative (ACMI) has been inaugurated at the ongoing climate change summit in Egypt, with the aim of supporting the growth of carbon credit production and creating jobs in Africa.

Carbon markets are known to offer an incredible opportunity to unlock billions for the climate finance needs of African economies while expanding energy access, creating jobs, protecting biodiversity, and driving climate action. However, Africa currently produces only a tiny percentage of its carbon credit potential.

The initiative was inaugurated at COP27 in collaboration with The Global Energy Alliance for People and Planet (GEAPP), Sustainable Energy for All (SEforALL), and the UN Economic Commission for Africa, with the support of the UN Climate Change High-Level Champions – Dr Mahmoud Mohieldin and Nigel Topping.

Commenting on ACMI’s ambition, the CEO of SEforALL and a member of the ACMI’s steering committee, Damilola Ogunbiyi said that the current scale of financing available for Africa’s energy transition was nowhere close to what was required.

“Achieving the Africa Carbon Markets Initiative targets will provide much-needed financing that will be transformative for the continent,” he said.

“As the VCM scales in Africa, USAID and ACMI will ensure that it does so with integrity as a core pillar,” he was quoted as saying.

An ACMI roadmap report: Harnessing carbon markets for Africa at the initiative’s COP 27 which was launched at the event, identifies 13 action programs to support the growth of voluntary carbon markets (VCMs) on the continent.

Although voluntary carbon markets are already growing quickly—retirements of African credits have grown by an average of 36% annually over the past five years—the report showed that aggressive action will be required to maintain this level of growth over the coming decades.

Several African nations including Kenya, Malawi, Gabon, Nigeria and Togo shared their commitment to collaborating with ACMI to scale carbon credit production via voluntary carbon market activation plans. Together, theyhave a maximum potential to generate ~300+ MtCO2e. Even capturing 25% of this potential, ~75 MtCO2e would be double the total credits issued across the entire continent in 2021.

“Nigeria is putting the groundwork in place today so that in subsequent years, carbon credits become a major industry that will benefit our people,” he said.

Story was adapted from Climate champions.