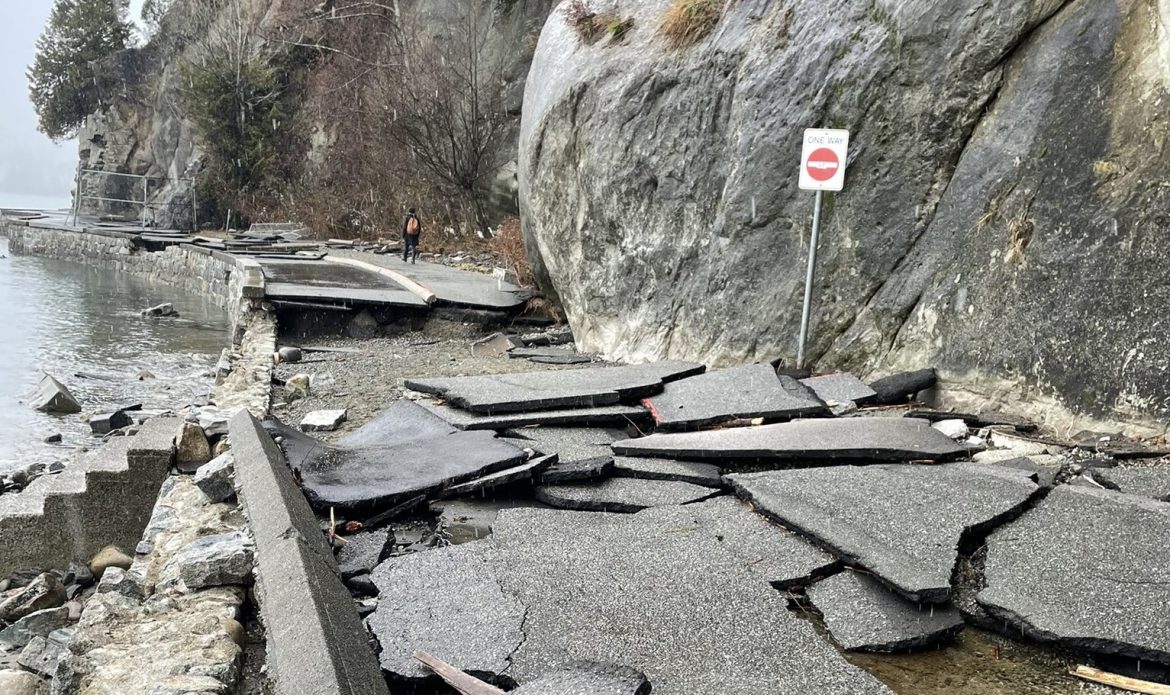 An expert has warned that the extensive storm damage to parts of Vancouver and West Vancouver’s waterfront which occurred on Friday, January 7 may be a sign of things to come amid climate change and rising sea levels.

According to reports, parts of the Stanley Park and Ambleside Park seawalls were left looking like they had been hit by an earthquake after strong winds helped produce a storm surge at the same time as a seasonal king tide.

An earth sciences professor at Simon Fraser University, John Clague said the combination of those two factors was exacerbated by sea-level rise, and that similar damaging storms are expected to increase in frequency in the years to come.

He explained that “It’s a double whammy because you’ve got sea level higher, but you’ve also got the cyclic king tides stacked on top of that, which means that the types of events we saw on Friday are going to become more common and they’re going to be more damaging”.

The global sea level has already risen by between 16 and 21 centimetres since 1900 — and the rate is increasing, according to the U.S. Global Change Research Program.

About seven centimetres of that rise accrued in the last 29 years.

Although estimates vary on how fast oceans will continue to rise, the federal 2019 Changing Climate report projects the Vancouver area will likely see more than 50 centimetres in growth over 2000 levels by century’s end.

“The sea level globally is slowly, slowly rising” Clague said. “Most people would not be aware of that because we have daily tidal fluctuations that go through four to five metres, so you’re just not aware this is happening slowly but persistently”.