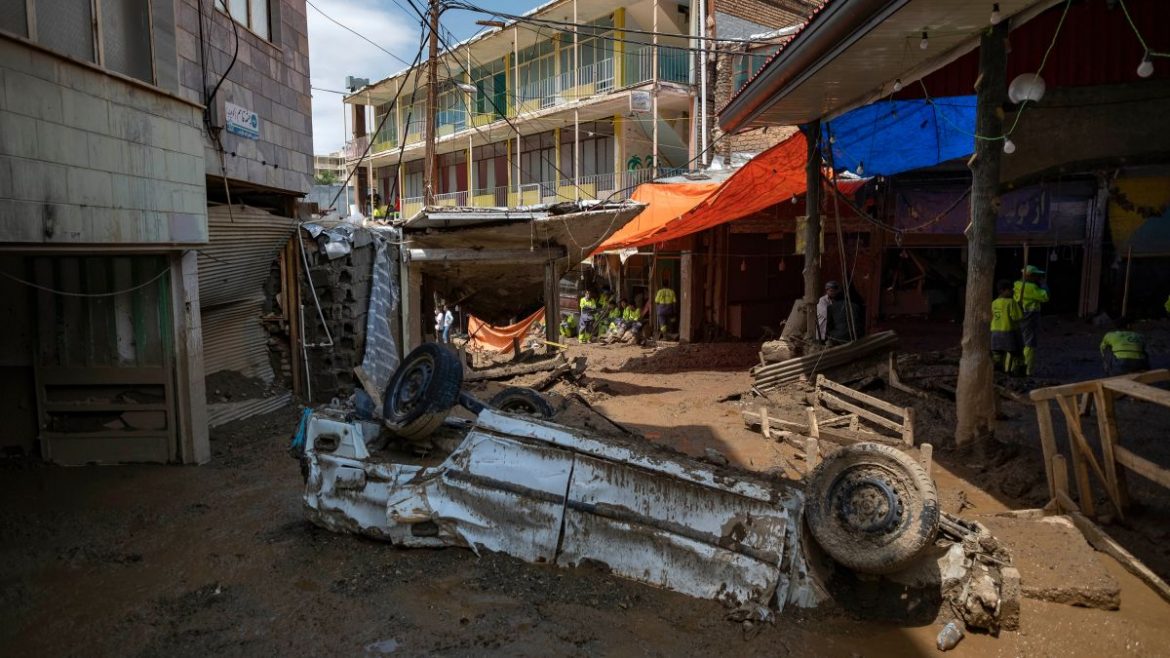 Iran’s Crisis Management Organization says that at least 69 people have been killed after flooding and landslides hit cities across the middle eastern country.

A study into the effects of climate change on Iran found that the extreme wet and dry periods are becoming more frequent and that there are more extended periods of extremely hot temperatures and a higher frequency of floods across the country. In 2019, more than 70 people died in Iran because of flooding following record rainfalls.

Iran is said to have been battling deadly floods and mudslides for the past two weeks, including in the country’s south. The Red Crescent said the damage in the southern Fars province was caused by flooding from a dam on the Rodbal River near the city of Estahban.

According to scientists, the climate crisis is making flash flooding events like the ones seen in Iran this week more likely because while more intense evaporation leads to more droughts, warmer air can hold more water vapour to produce extreme rainfall events.

A senior official at the organization, Nezhad Jahani said that at least 45 people remain missing in Tehran and three other provinces after the floods, which damaged at least 20,000 residential homes.

Reports show that more than 20 provinces, including the Tehran province, have so far been affected by the floods that were caused by heavy rainfall, the semi-official Fars news agency said. Several airports and main highways were also closed and thousands of people evacuated.

The Iranian President Ebrahim Raisi was quoted as asking ministers and governors to prepare measures that would minimize damage resulting from flooding, as the Iranian Meteorological Organization warned the rain would continue across several provinces.