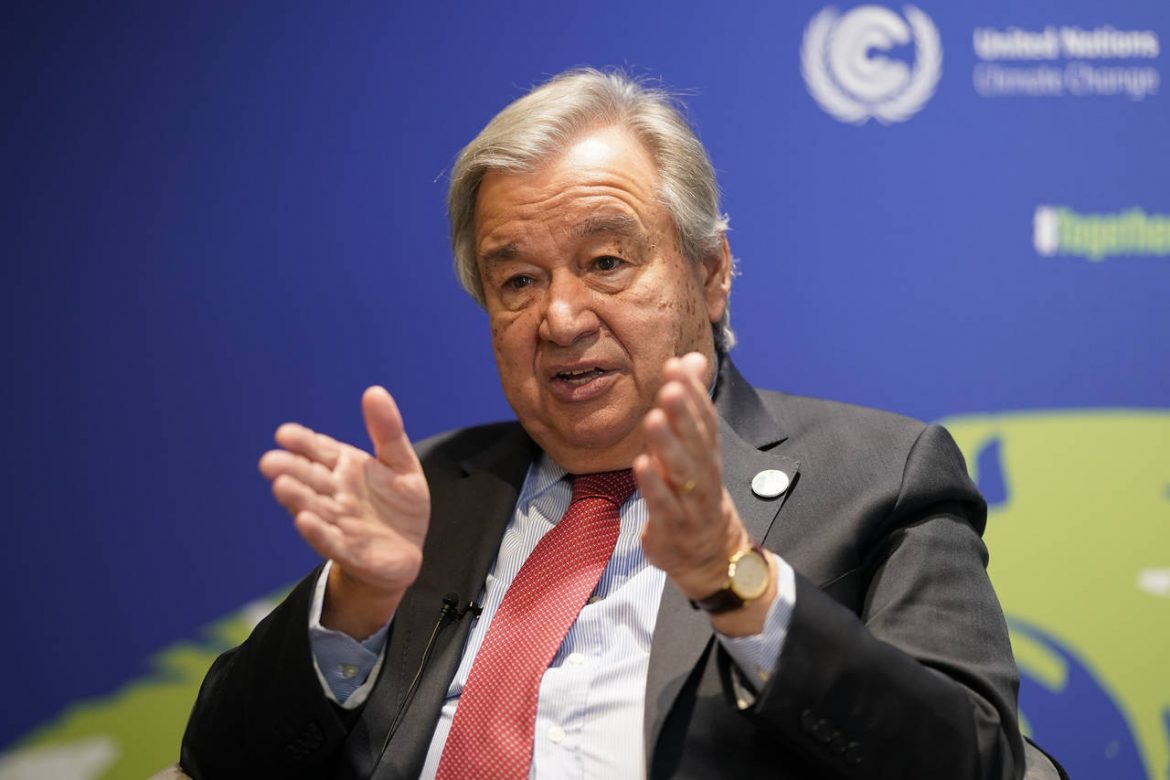 UN secretary-general, António Guterres has warned that the war in Ukraine risks putting global targets on the climate out of reach, should countries respond to Russia’s aggression by increasing their use of fossil fuels.

Guterres said that the aim of limiting global temperatures to 1.5C above pre-industrial levels, the goal set out at the Cop26 UN climate summit last year, was at risk since countries continue to seek alternatives to Russian oil and gas supplies.

“The fallout from Russia’s war in Ukraine risks upending global food and energy markets, with major implications for the global climate agenda,” the UN chief warned in a video address to a conference on sustainability run by the Economist newspaper in London on Monday.

He noted that as major economies pursue an ‘all-of-the-above’ strategy to replace Russian fossil fuels, short-term measures might create long-term fossil fuel dependence and close the window to 1.5C.

Speaking further, he said that “countries could become so consumed by the immediate fossil fuel supply gap that they neglect or knee-cap policies to cut fossil fuel use.

“This is madness,” he said “Addiction to fossil fuels is mutually assured destruction.”

While Europe is dependent on Russia for 40% of its gas, Germany’s reliance is even higher at 60%. But the EU is embarking on a plan to cut its use of Russian gas by two-thirds this year, and eliminate it in future years.

As part of that plan, as well as expanding renewable energy generation, EU member states reported to be seeking fossil fuels from other nations, such as gas from Qatar and oil from Saudi Arabia.

The US is also seeking to expand its imports of oil and even considering countries previously regarded as pariah states, such as Venezuela and Iran. Domestic US oil and gas production from fracking and drilling is also set to ramp up.

Globally, oil and gas companies see a bonanza from the ongoing crisis, driven by first the rebound after Covid-19 and now by countries moving imports away from Russia.

Responding, however, Guterres said that turning to fossil fuels would only store up further problems.

“As current events make all too clear, our continuing reliance on fossil fuels puts the global economy and energy security at the mercy of geopolitical shocks and crises,” he said. “Instead of hitting the brakes on the decarbonisation of the global economy, now is the time to put the pedal to the metal towards a renewable energy future.”

Guterres acknowledged the widespread concern among climate experts that the progress on display at the Cop26 summit was in danger of dissipating under the pressure of soaring energy prices and greenhouse gas emissions.

“If we continue with more of the same, we can kiss 1.5C goodbye. Even 2C may be out of reach. That would be a catastrophe,” he warned.

IPCC scientists to consider technology for CO2 removal from atmosphere