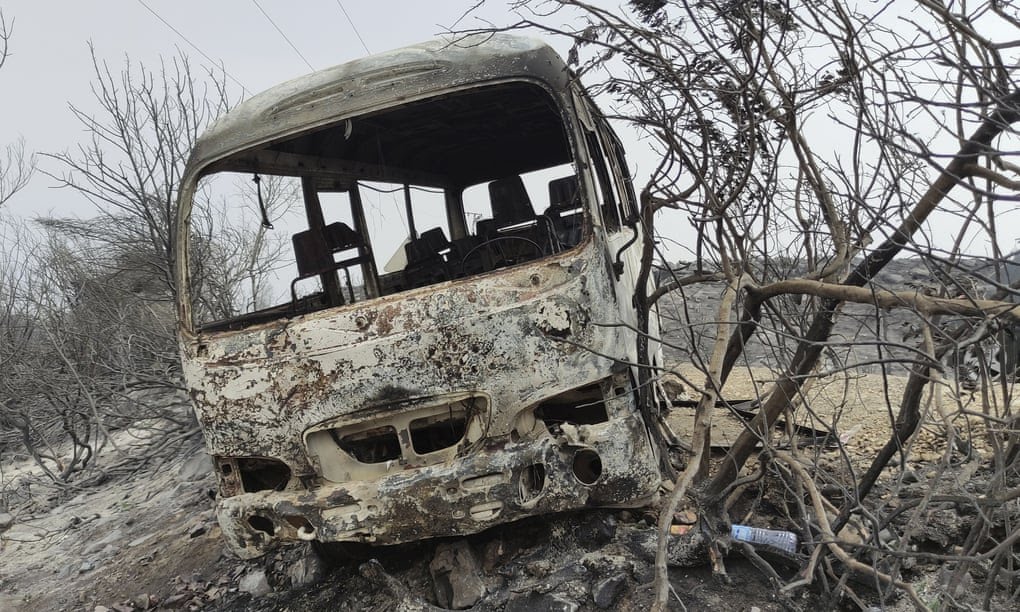 At least 38 people have been confirmed killed after drought and a blistering heatwave hit northern Algeria.

This is even as Algerian firefighters battled the string of blazes that inflicted burns and respiratory problems on over 200 people.

According to reports, deadly forest fires have become an annual scourge in the north African country, where the climate crisis is turning large areas into a tinderbox.

Multiple sources confirmed that the 38 people who were confirmed killed were mostly in El Tarf province near Algeria’s eastern border with Tunisia, which was baking in 48C (118F) heat. They described scenes of devastation on the road to El Kala in the country’s far northeast.

Emergency services have continued to battle a blaze around Tonga Lake. This is even as a strong smell of smoke was reported, forcing authorities to fear that strong winds could cause new fires to break out.

A witness, who asked not to be named said that at least 12 people had been burned to death in their bus as they tried to escape. Major damages were also inflicted in the wildlife park even as several roads in the area were closed.

While Algerian television showed people fleeing their burning homes, and women carrying children in their arms, local media reports said that at least 350 people had fled their homes.