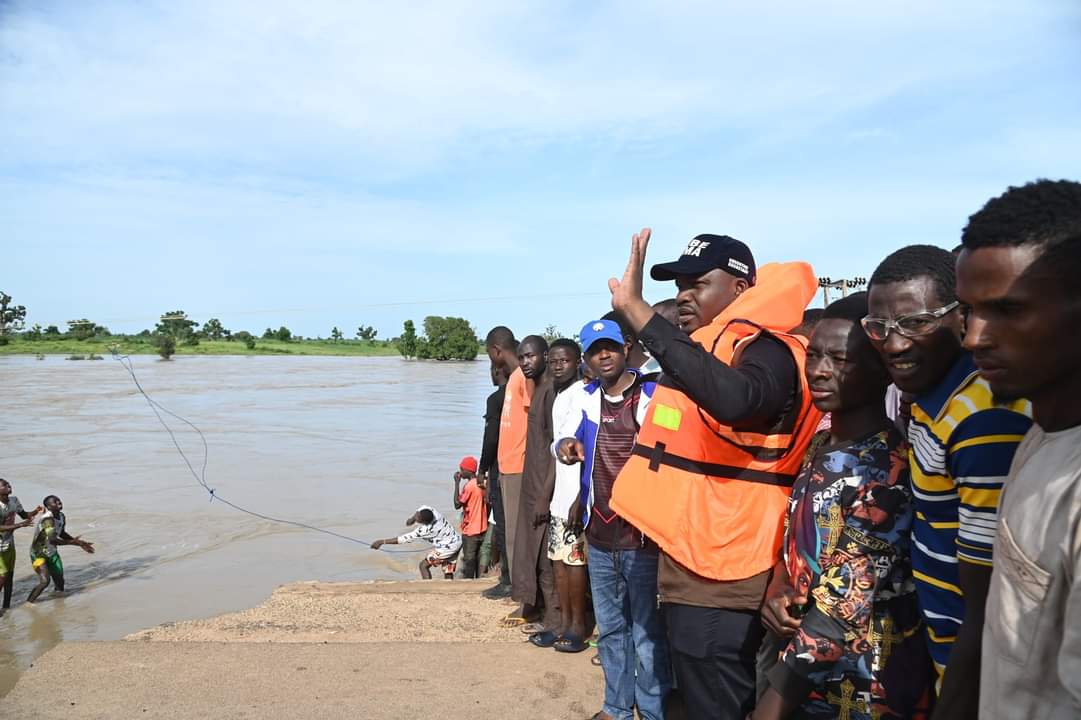 Residents of Gujba, Gulani and Biu local governments in Yobe State now live in fear after heavy rainfall in the morning hours of Monday, August 29, resulted in flooding that disconnected the Katarko Bridge.

The bridge links Damaturu, the state capital and the three local governments.

Flooding has been on the rise in Yobe and other parts of the country. The Nigeria Hydrological Services Agency, (NIHSA), In its 2022 Annual Flood Outlook, (AFO) had predicted that 233 LGAs in 32 states of the Federation and the FCT fall within the Highly Probable Flood Risks Areas, while 212 LGAs in 35 States of the Federation including FCT fall within the Moderately Probable Flood Risks Areas.

In a statement, the Yobe State Emergency Management Agency (SEMA) said that the flood, apart from disconnecting the bridge, also affected communities in Gulani and Gujba. 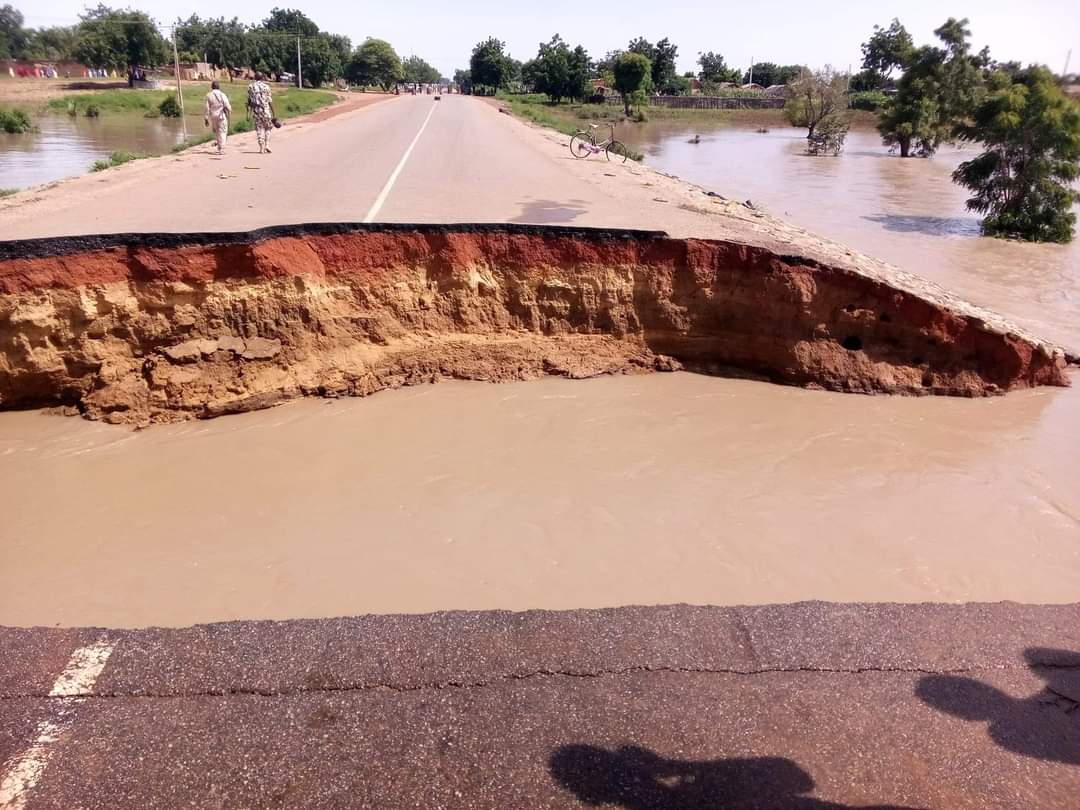 Katarko bridge is said to be one of the major bridges along the Damaturu/Buni Yadi/BiuRoad that links the state with southern Borno, Adamawa, Gombe and Taraba States.

Recall that Boko Haram insurgents launched an attack on Katarto In July 2014, during which they killed 10 people and destroyed the bridge, cutting off access to Buni Yadi which was then under its control.

“In the early hours of 30th August 2022, Yobe SEMA received the sad news of Katarko Bridge had been disconnected from the main road. This is the bridge linking Damaturu to Gujba, Gulani and Biu LGAs,” part of the SEMA statement read.

Eco-Nai+ had also reported how a heavy downpour which lasted for over 10 hours wreaked havoc in Dedere, one of the communities in Obi Local government areas of Nasarawa state, leaving houses, farms and crops destroyed.

Reacting to the incident, the caretaker of Dedere Development Area, Dauda Danladi-Agbo, said that the destruction caused by the flood signals an impending hunger and hardship in the area.

A visually impaired resident of the community, Abdullahi Adamu expressed worry that he and others might have to battle widespread hunger in the coming days and months following the destruction of farms and crops. 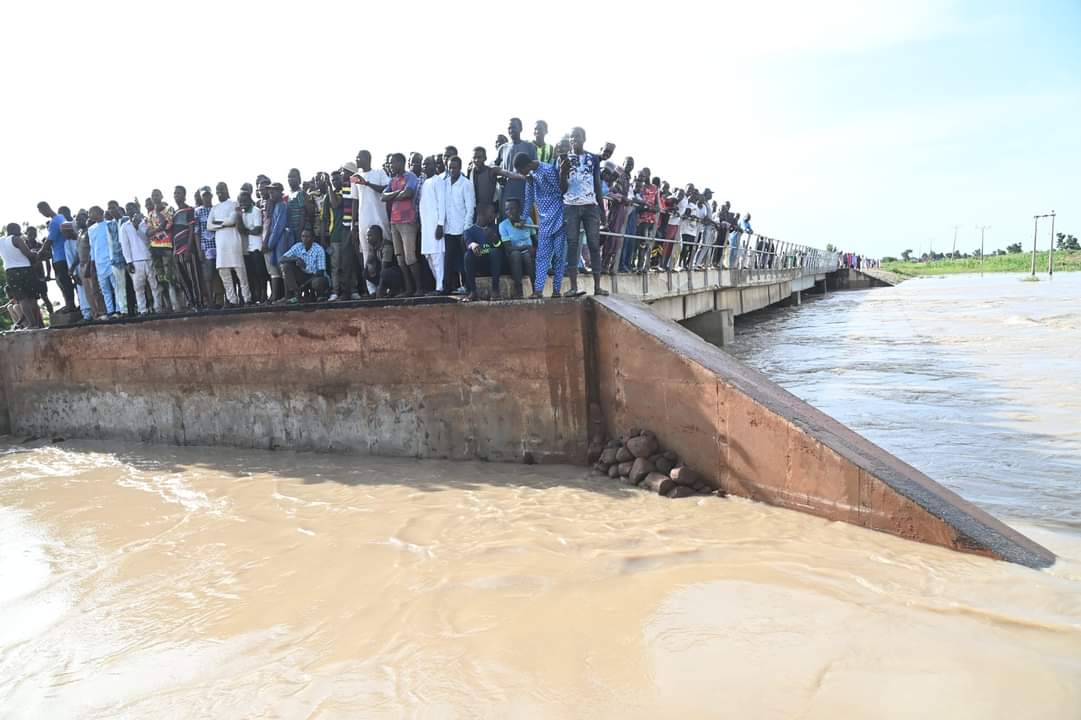 Thousands of people were also reported to have been displaced following a heavy downpour that lasted for several hours in Karnaya, one of the villages in the Dutse Local Government Area of Jigawa State on Monday, August 29.

The agency said that it had already reached out to the military to provide a barricade in Katarko as more civilians are trooping the scene to avoid civilian casualties. It added that while this may affect immediate life-saving support to communities already affected by Flood and or recovering from conflict, the State Government is improvising alternative routes to reach to persons of concern as well as reconnect the affected communities.

Its Executive Secretary of SEMA, Mohammed Goje was quoted as saying that the Mutai community has been completely washed away by the flood, adding that his agency could not get access to the Mutai community to deliver relief materials because of the incident at Katarko.

“We were on our way to Mutai this morning but we are stuck here at Katarko. We cannot get access to Mutai to deliver relief materials because of this development. “As of yesterday, only ten houses were standing at Mutai village. The entire community has been washed off by the flood,” Goje said.

Within two months, at least 12 communities have been flooded in Yobe, collapsing major bridges linking several communities in the Gulani and Gujba areas of the state.

The Nigerian Meteorological Agency (NiMeT), In its 2022 seasonal rainfall and temperature report also predicted that more than 2000mm of rainfalls are expected in areas of southern Nigeria while 390mm are projected in the Northern Part of the country from the week of 20 June and beyond.