Kuria urged to apologise to Kenyans for ‘nonchalant remarks’ on GMOs 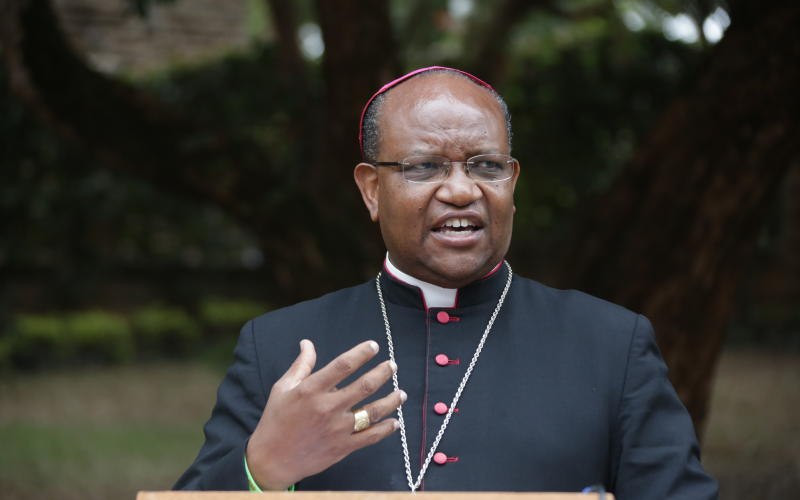 The Archbishop of Nyeri, Kenya, Anthony Muheria has asked Trade CS Moses Kuria to apologise to Kenyans for his “nonchalant remarks” on genetically modified organisms (GMOs).

The Archbishop, who made the call on Monday while addressing newsmen at the Nyeri Cathedral, criticized Kuria for his comments about the importation of GMOs into the country.

In his words, “It was distasteful and disrespectful to Kenyans to joke about life and death, we take exception to how the CS made trivialised statements about the importation of GMOs into the country.

“This issue of GMOs is a discussion that deserves deep and fair engagement with scientists and Kenyans so that we can understand the implications behind this issue.”

It was learned that CS Kuria had last Thursday, remarked that Kenyans were faced with many issues that would cause death and that GMOs would not be any different.

Kenyans responded to the message differently on social media, and former Kenyan prime minister Raila Odinga also broke his silence on the subject on Sunday, calling it inappropriate.

Story was adapted from the Standard.