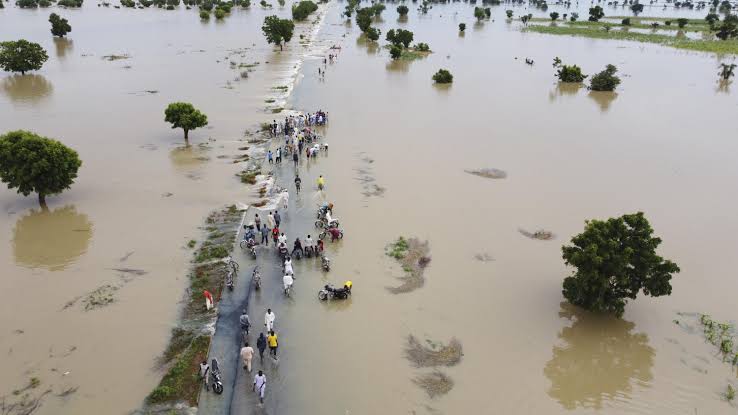 The National Emergency Management Agency, (NEMA) has said that Nigeria is currently battling the worst flood in a decade, with over 300 people already confirmed killed and more than 100,000 others displaced since the start of the rainy season in February.

Director-General of the agency, Mustapha Habib Ahmed was quoted on Monday- during the agency’s emergency technical meeting on flood in Abuja- as saying that 29 states including the FCT have experienced heavy flooding with more than 500,000 persons already affected.

According to him, current records indicate that more than 300 lives have been lost, over 500 persons are seriously injured with more than 100,000 others are displaced and living either in temporary shelters including schools, or other public buildings amongst benevolent host families. 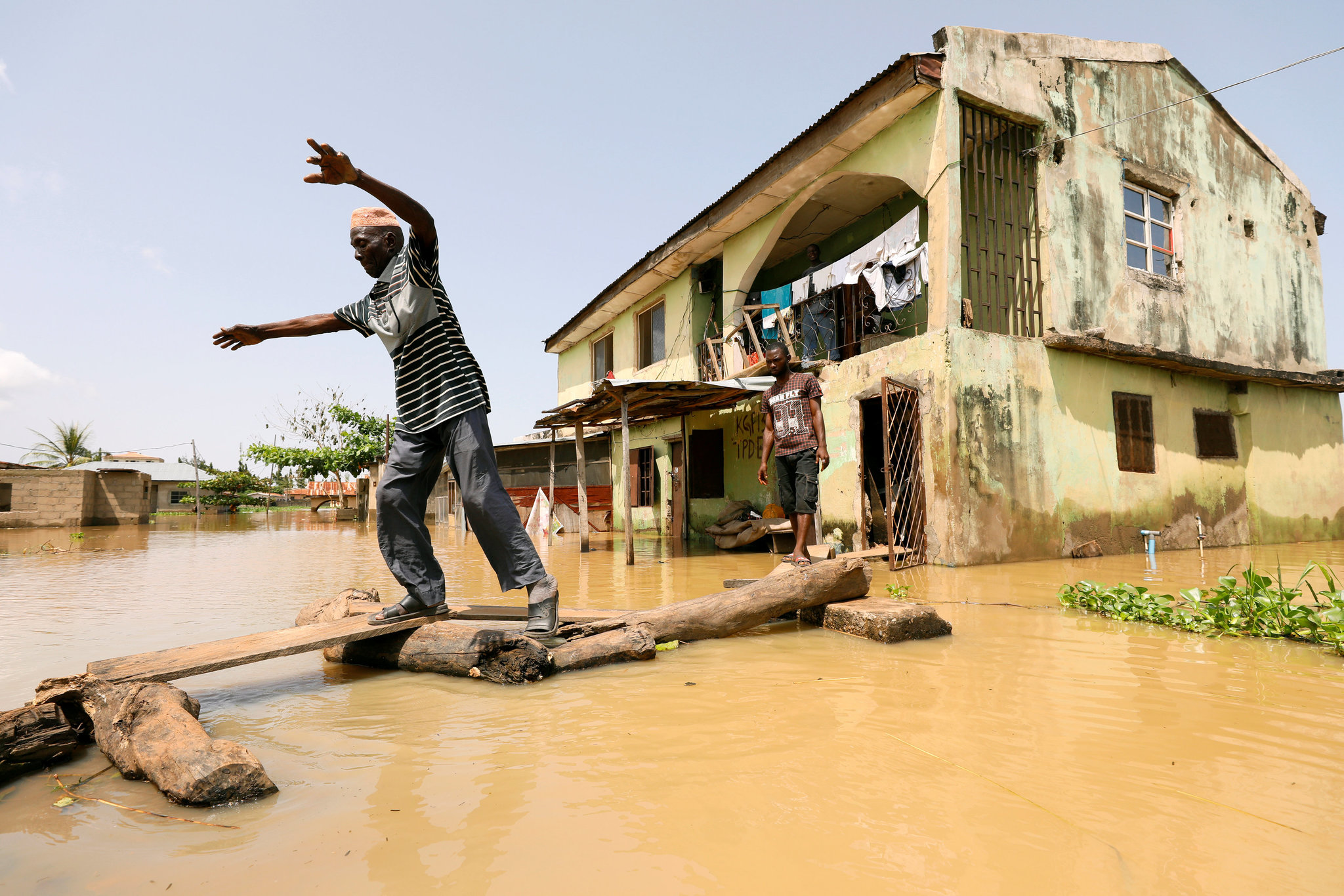 People improvise to leave their homes

He noted that the emergency technical meeting was convened to urgently review the emergency and to plan for further action by all emergency responders, saying.

During the meeting, Ahmed was also quoted as saying that the increasing rate of flooding in the country is connected to the release of excess water from the reservoir of the Lagdo dam in the Republic of Cameroon which commenced on September 13th.

“This is based on our communication with the Nigeria Hydrological Services Agency (NIHSA),” he said. “We are aware that the released water cascades down to Nigeria through the River Benue and its tributaries thereby inundating communities that have already been impacted by heavy precipitation”.

He explained that the released water complicates the situation further downstream as Nigeria’s inland reservoirs including Kainji, Jebba, and Shiroro are also expected to overflow between now and October ending.

According to NIHSA, Kainji and Jebba dams have already started spilling excess water from their reservoirs. This will have serious consequences on frontline States and communities along the courses of rivers Niger and Benue. 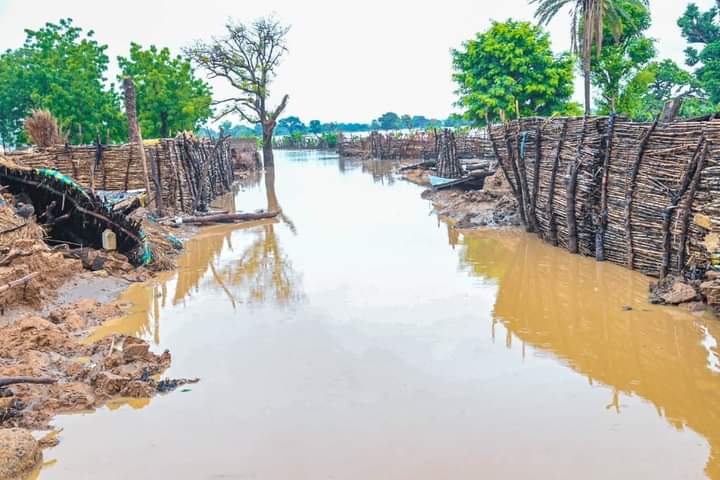 These states including; Adamawa, Taraba, Benue, Niger, Nasarawa, Kebbi and Kogi states. Niger Delta states including Edo, Delta, Anambra, Cross River, Rivers and Bayelsa are expected to record heavy floods due to predicted above-normal rains coupled with the combined waters of rivers Niger and Benue as they empty into the region.

Ahmed advised all the relevant government agencies to, among other measures, move away communities at risk, identify safe higher grounds for evacuation of persons and provide adequate food and non-food items for those affected.

On Thursday, the Nasarawa State Emergency Management Agency (NASEMA) said that at least 361,000 persons have been displaced after flooding wreaked havoc across eight LGAs in the state.

Executive secretary of NASEMA, Zachary Allumaga who made this known on Thursday while addressing newsmen in Lafia, the state capital said that the affected LGAs include; Nasarawa, Toto, Doma, Awe, Lafia, Obi, Karu and Akwanga.

He explained that although floods in the state could displace one million people before the end of the rainy season, the state emergency agency had started a search-and-rescue mission as well as an on-the-spot assessment in the affected communities.

“The agency with the authority of the governor went round and began sensitising people at the riverine areas in the flood-prone LGAs, Nasarawa, Toto, Doma, Awe, and the flood flash point LGAs, Lafia, Obi, Karu and Akwanga,” he said.

“As I talk to you, our men are in the river to take the assessment, search and rescue,” he said while asking those living along riverine areas to move to high ground.

NEMA is on top of the situation

During the meeting, Ahmed assured NEMA was already monitoring the situation and will consider the activation of Emergency Operation Centres (EOCs) to coordinate the flood disaster response in all the states at risk.

He called for the full support of state governments through the various State Emergency Management Agencies (SEMAs) and other critical state-level actors in the fight to tackle the increasing flooding.

“Meanwhile, NEMA will continue to work with the Nigeria Hydrological Services Agency (NIHSA) and the Nigerian Meteorological Agency (NIMET) to downscale Impact Based Weather Forecast to the public as the extreme weather event unfolds,” he said.

He explained that all NEMA staff on leave have been recalled back to the office in view of the present emergency even as search and rescue equipment, including those recently inducted, have been deployed to the most affected states.

These, according to him, include motorised and inflatable boats for Search and Rescue as well as mobile water purification plants to provide potable water where sources of drinking water have been compromised.