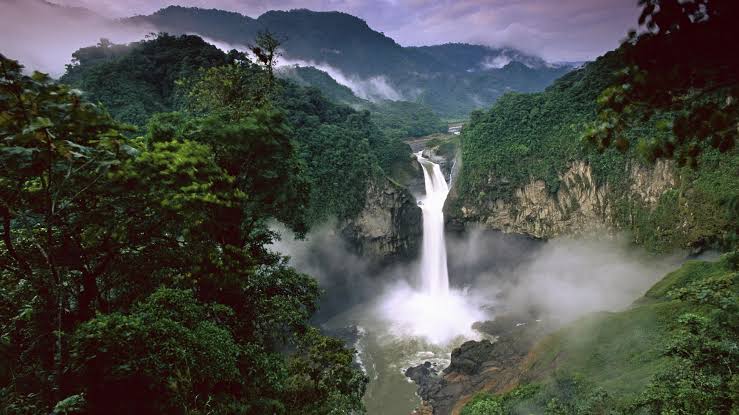 A new analysis has shown that rising global temperatures have shifted at least twice the amount of freshwater from warm regions towards the Earth’s poles than previously thought as the water cycle intensifies.

The water cycle is used to describe the movement of water on Earth – it evaporates, rises into the atmosphere, cools and condenses into rain or snow and falls again to the surface.

Scientists estimate that the volume of extra freshwater that shifted from warmer regions between 1970 and 2014 is between 46,000 and 77,000 cubic kms.

According to the research which was published in the journal Nature, Climate change has intensified the global water cycle by up to 7.4% – compared with previous modelling estimates of 2% to 4%.

The study’s lead author, Dr Taimoor Sohail of the University of New South Wales, said “When we learn about the water cycle, traditionally we think of it as some unchanging process which is constantly filling and refilling our dams, our lakes, and our water sources”.

However, scientists have always known that rising global temperatures are intensifying the global water cycle, with dry subtropical regions likely to get drier as freshwater moves towards wet regions.

Recall that last August, the Intergovernmental Panel on Climate Change’s sixth assessment report concluded that climate change will cause long-term changes to the water cycle, resulting in stronger and more frequent droughts and extreme rainfall events.

For Sohail, the volume of extra freshwater that had already been pushed to the poles as a result of an intensifying water cycle was far greater than previous climate models suggest.

“Those dire predictions that were laid out in the IPCC will potentially be even more intense,” he said. “We’re seeing higher water cycle intensification than we were expecting, and that means we need to move even more quickly towards a path of net-zero emissions.”

The team which undertook the analysis used ocean salinity as a proxy for rainfall in their research even as they had to account for the mixing of water due to ocean currents.

“The ocean is actually saltier in some places and less salty in other places,” Sohail said. “Where rain falls on the ocean, it tends to dilute the water so it becomes less saline … Where there is net evaporation, you end up getting salt left behind.”