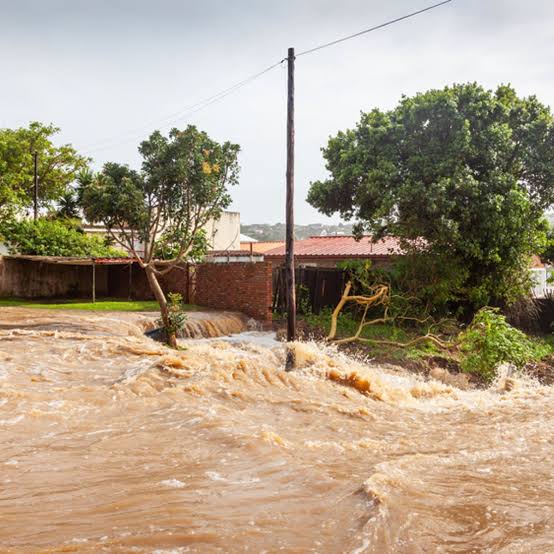 A new study has shown that climate change fuelled heavier rainfall during a series of storms that hit Southern Africa earlier this year.

The study, which was undertaken by scientists at the World Weather Attribution group also showed that such extreme rainfall was more common now and that the damage inflicted by storms in the region was exacerbated by global warming.

The study found that while the region was hit by three cyclones and two tropical storms in six weeks, more than one million people in total were affected by extreme rainfall and floods in the region, with 230 reported deaths.

The scientists who undertook the study however said that they cannot directly link the frequency of the storms to climate change due to a lack of long-term data.

The study showed that the devastating storms began in January when storm Ana caused widespread damage in Madagascar, Mozambique and Malawi.

“Dozens were killed with tens of thousands cut off from assistance as roads and bridges had been washed away,” the study showed. “In Malawi, the president declared a state of emergency and the roads were so severely affected that relatives of the deceased had to carry the bodies to burials”.

The study further showed that the Malawi incidence was followed in quick succession by Batsirai, Dumako, Emnati and Gombe.

The scientists who analysed weather patterns today compared to the past said that “the precise contribution of climate change to the event could not be quantified, due to the absence of comprehensive historical records of rainfall in the region”.

They noted that only four of the 23 weather stations in affected areas of Mozambique had data going back to 1981, while neither Madagascar nor Malawi had any weather stations with suitable data for the study.

One of the scientists, Dr Friederike Otto from Imperial College London, confirmed that climate change was making the storms worse and that the rainfall associated with such storms has become more likely and more intense.

The scientists also had strong words for global leaders, urging them to as a matter of urgency, act to curb climate change.

“Again we are seeing how the people with the least responsibility for climate change are bearing the brunt of the impacts,” Otto said. “Rich countries should honour their commitments and increase much-needed funding for adaptation, and for compensating the victims of extreme events driven by climate change,”.

WHO calls for collaboration to tackle climate change