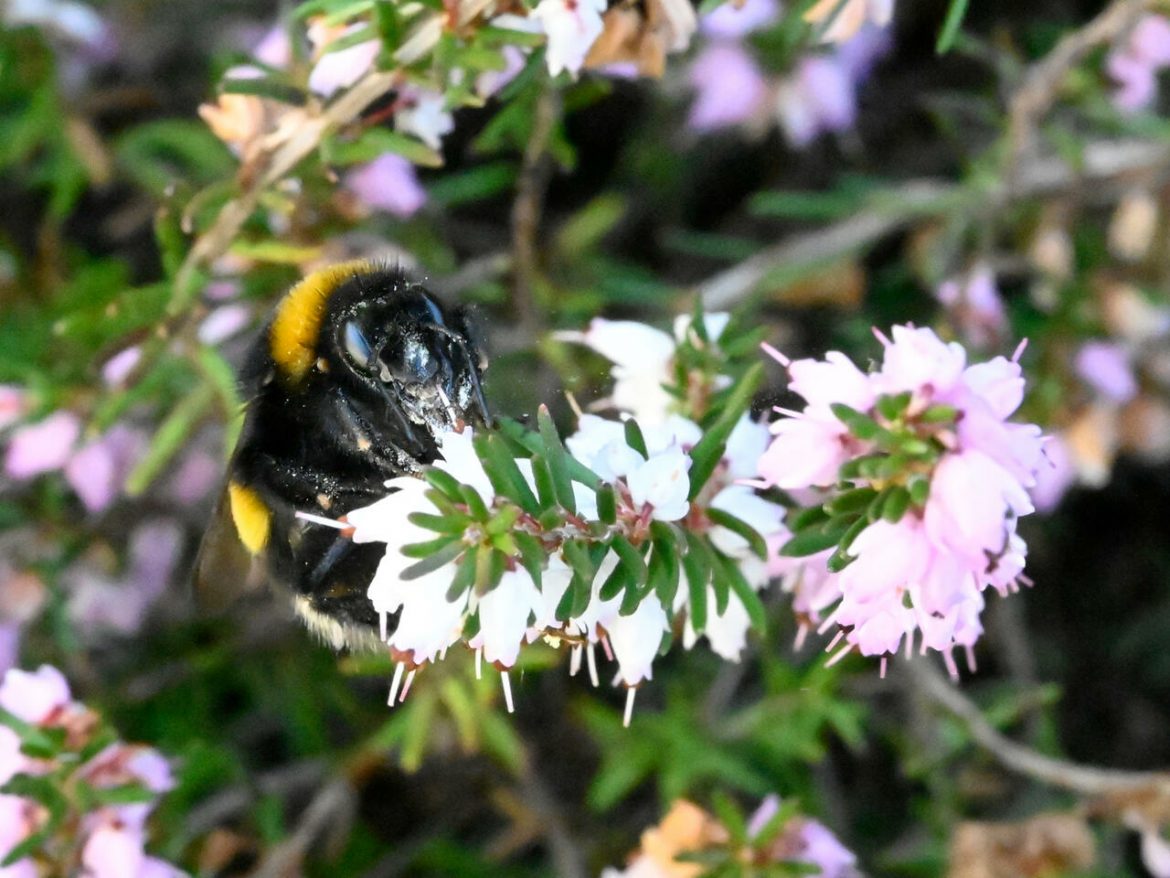 A new research published in the journal, Proceedings of the Royal Society B has shown that the climate crisis could lead to more small-bodied bees but fewer bumblebees.

Insects are known to be the world’s top pollinators, with 75% of 115 top global food crops depending on animal pollination, including cocoa, coffee, almonds and cherries, according to the UN.

Scientists had, In a landmark 2019 report concluded that nearly half of all insect species worldwide are in decline and a third could disappear altogether by the century’s end and that one in six species of bees has gone regionally extinct somewhere in the world.

The main drivers of extinction are thought to be habitat loss and pesticide use.

However, to find out how different types reacted to changing climatic conditions, scientists in the US trapped and studied more than 20,000 bees over eight years in an area of the Rocky Mountains.

In the research which warned of potential “cascading” effects on plant pollination and across whole ecosystems, the authors said that while environmental conditions varied from year to year, the sub-alpine region from which they took samples was “particularly vulnerable to climate change”, with generally warming spring temperatures and earlier snowmelt.

“Our research suggests that climate-induced changes in temperature, snowpack and summer precipitation may drastically reshape bee communities,” the authors said.

According to the researchers, the findings suggested a reduction of bigger bees, including in the families of bumblebee, leafcutters and mason bees, with higher temperatures.

The study found that declines were particularly marked for bumblebees, which the researchers said suggested: “this group is more threatened under climate warming than other bees in our system”.

“That tallies with other studies showing that bumblebees, the dominant pollinators in many ecosystems, have a lower heat tolerance than other bees and move to cooler regions at higher altitudes as temperatures warm,” they said.

The researchers further stated that their findings suggested both bumblebees’ body size and nest behaviour could also make them more vulnerable in a warming world, adding that climate-driven changes to pollinator communities “could have cascading effects on pollination and ecosystem functioning”.

While the study was specifically focused on mountainous areas, the researchers said other research across the US showed declines in larger bees in response to environmental changes.