The United Nations, UN has said that South Asian country, Pakistan is facing “a monsoon on steroids, after floods submerged a third of the country, washing away roads, crops, homes and bridges.

Pakistan produces less than 1% of global greenhouse gas emissions. However, it ranks consistently in the top 10 countries most vulnerable to the effects of climate change.

While many factors contribute to flooding, a warming atmosphere caused by climate change makes extreme rainfall more likely. Since the industrial era began, the world has already warmed by about 1.2C and temperatures are expected to keep rising except governments around the world make steep cuts to emissions. 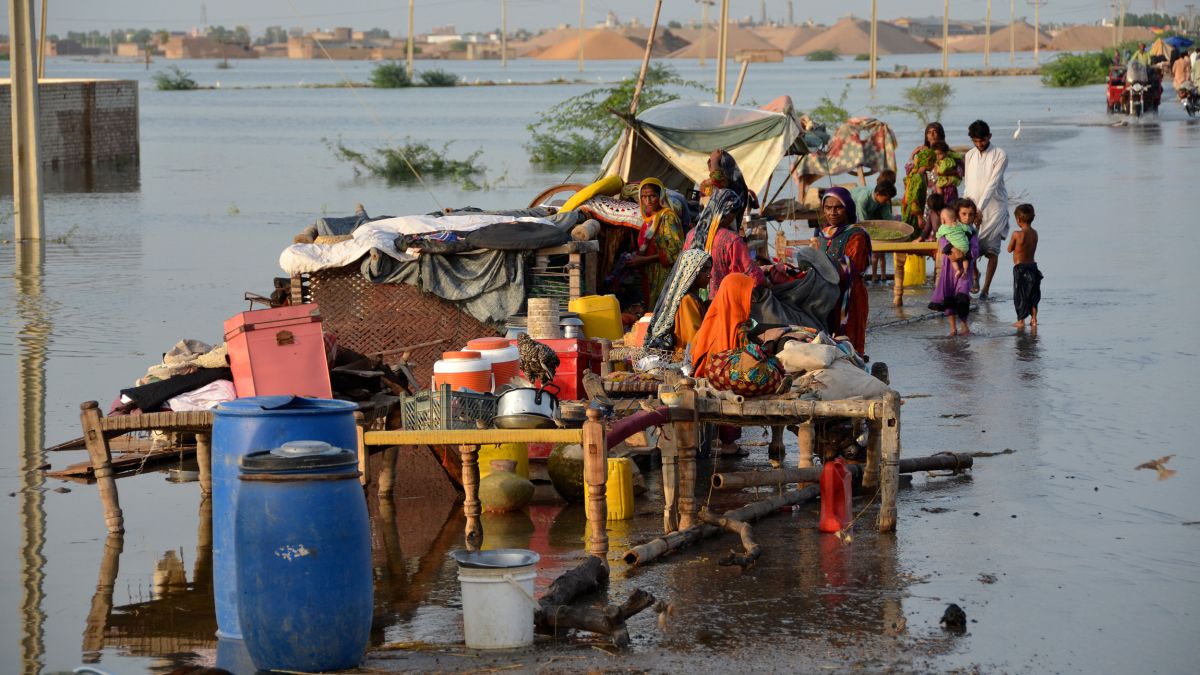 According to reports, the flood situation in Pakistan is most severe in provinces such as Sindh and Balochistan, but mountainous regions in Khyber Pakhtunkhwa have also been badly hit.

Thousands of people have been ordered to evacuate villages which have been cut off in northern Swat Valley, where bridges and roads have been swept away – but even with the help of helicopters, authorities are still struggling to reach those trapped.

“Village after village has been wiped out. Millions of houses have been destroyed,” Prime Minister Shehbaz Sharif was quoted as saying after he flew over the area in a helicopter.

In a video message, following the disaster which has affected millions of people in the world’s fifth-most populous country, UN secretary general, Antonio Guterres blamed it on “the relentless impact of epochal levels of rain and flooding”.

At least 1,136 people are reported to have been killed since June this year because of the record monsoon which is comparable to the devastating floods of 2010 – the deadliest in Pakistan’s history – which left more than 2,000 people dead.

In his message, Guterres referred to South Asia as a “climate crisis hotspot” where people were 15 times more likely to die from climate impacts, adding that more than 33 million Pakistanis – one in seven people – have been affected by the flooding.

“Let’s stop sleepwalking towards the destruction of our planet by climate change. Today, it’s Pakistan. Tomorrow, it could be your country,” the UN chief said. 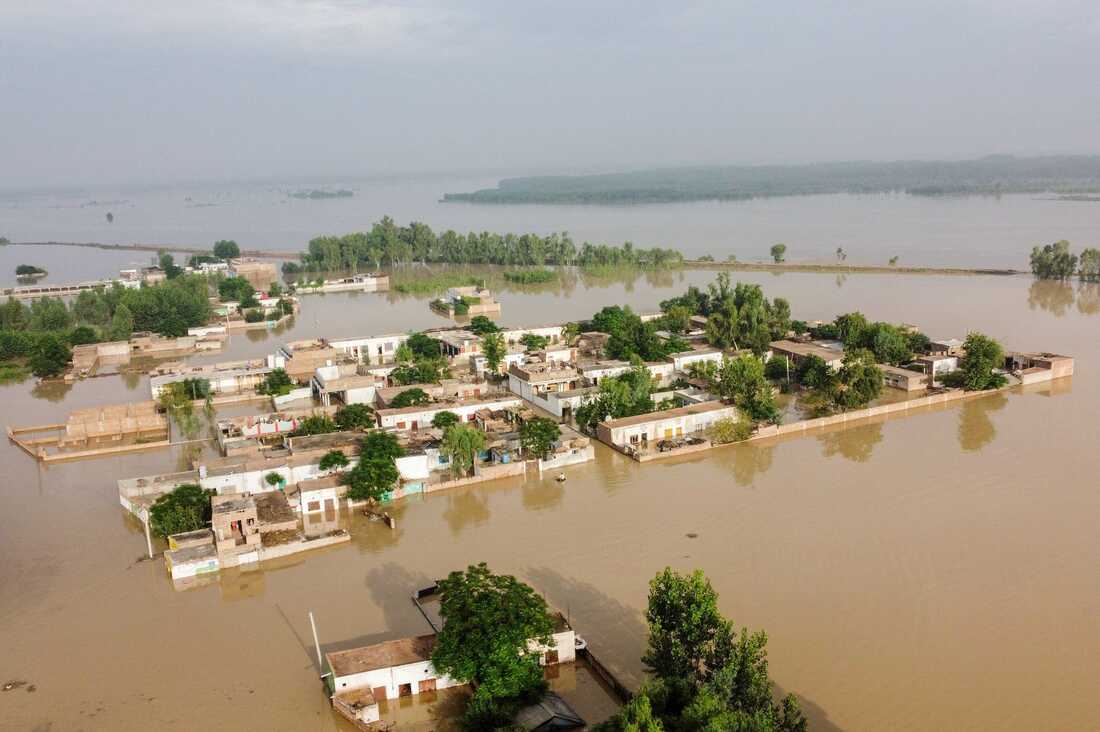 According to reports, aid has since started to arrive after the United Nations and Pakistan launched an emergency appeal for $160 million.

While the United States quickly offered $30 million, the United Arab Emirates and Turkey have delivered tents and medicines. Britain has also pledged its support. Canada is reported to have donated $5m (£4.2m).

Guterres said that the funds are expected to provide 5.2 million of the worst-affected and most vulnerable people with aid including food, clean water, sanitation and emergency education.

The US Agency for International Development which announced the US’s support said that one of its disaster specialists was working out of Islamabad to assess needs and coordinate with the Pakistani government and other local partners.

The United Nations said the aid would cover the initial six months of the crisis response and help to avoid outbreaks of diseases such as cholera, as well as provide nutrition to young children and their mothers.

Earlier on Monday, the International Monetary Fund said it had approved a $1.2bn loan for the country.

Pakistan’s planning minister, Ahsan Iqbal has said that the cost of recovering from the disaster is estimated at more than $10bn (£8.54bn) and might take about five years.

The rains that began in June have unleashed the worst flooding in more than a decade, washing away swathes of vital crops and affecting more than 30 million people in the country of an estimated 240 million people. The UN refugee agency said there were 1.3 million Afghan refugees registered in Pakistan and it had already delivered $1.5 million worth of emergency relief and shelter items — but “much, much more” would be needed in the coming weeks.

The UN’s World Meteorological Organization said that Pakistan and northwest India have been witnessing an intense 2022 monsoon season. WMO spokeswoman Clare Nullis was quoted as saying that one site at Padidan in the southern Sindh province was reporting 1,288 millimetres of rain so far in August, compared to the monthly average of 46 millimetres.

NiMET warns of Impending Flooding in Kaduna, FCT Others