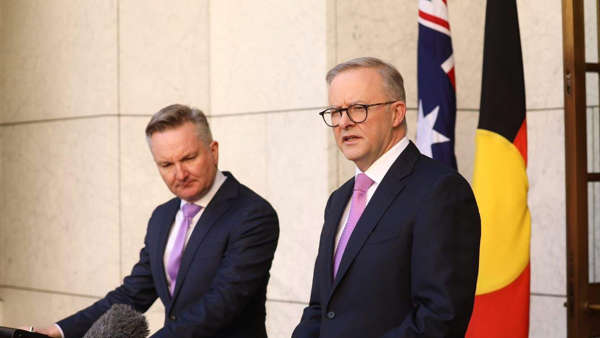 Despite falling short of its pledged goal of a 43% reduction in emissions by 2030, the Albanese government claims Australia is still on course to reach a 40% reduction.

“I’m pleased with how much the government has achieved,” said Climate Change and Energy Minister Chris Bowen. “Pleased, but not satisfied … there is so much more to do.”

Both the climate change statement and the government’s 2022 emissions prediction report were made public today as required by Australia’s new Climate Change Act.

Mr Bowen said that the new projections showed the government had “lifted the outlook by a third in just our first six months.

Speaking further, he said that the government also released independent advice from the Climate Change Authority, which showed just how much effort was required to reach the 43 per cent target.

According to the report, to achieve a 43 per cent reduction by 2030 and net zero by 2050, the “decarbonisation rate needs to be at least 17 million tonnes of carbon per year and that requires a 40 per cent faster rate of decarbonisation than has occurred since 2009.

Story was adapted from ABC.