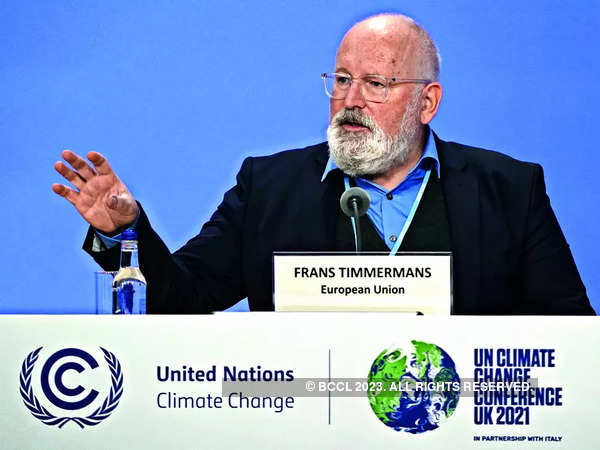 Frans Timmermans, who is in charge of the European Green Deal- a package of policy initiatives to facilitate the EU’s transition and transformation to a net zero economy- has announced that the European Union sees India as an important partner in tackling climate change and slowing global warming.

“But then last couple of years, the realisation that we are both faced with an existential challenge, which is the climate crisis, has brought us closer together,” he said.

Experts have said that there are geopolitical factors such as the importance of the Indo-Pacific region that have contributed to a closer EU-India relationship.

“We have a blind spot for India; we should be far more concentrated on India’s enormous potential and the fact that India is also spreading its wings internationally and wanting to play a role internationally,” Timmermans said. “We need to engage with India more than we did before. I think it’s to the benefit of the European Union and to the benefit of India if we look for these forms of stronger cooperation.”

Timmermans explained that Climate change provides the EU and India with immense possibilities for engagement and an energised partnership, referring to his interactions and engagements with “a whole host of Indian ministers”.

“Without any reservation, I could say they were very positive and (expressed) willingness to engage…(and) work together in terms of developing joint projects, facilitating investments, facilitating the possibility to have technology transfers,” he said. “So, I’m hopeful that we can build on that in the next years.”

He further explained that the partnership with India could even be engaged in other countries such as in Africa while also pointing out that India’s engagement in African countries is “perceived as less intrusive” compared to China. “So that gives us also an opportunity to work closely together.

This story was adapted from The Economic Times.