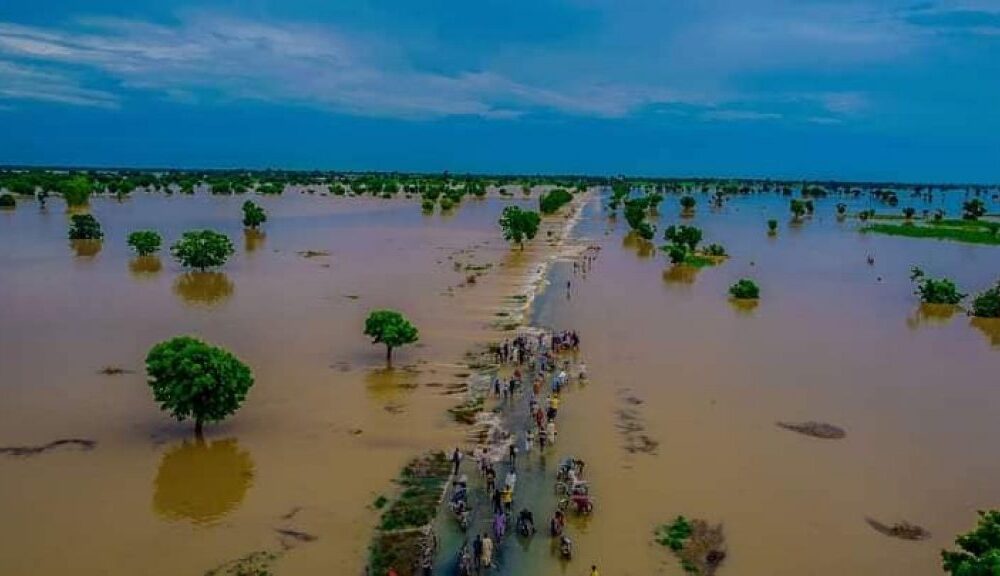 A former deputy governor of the central bank of Nigeria, Kingsley Moghalu, has said that Nigeria’s next president needs to make targeted investments to prevent floods and droughts.

Moghalu who made this known during his interview on Arise TV on Monday, November 21, said that every year, Nigeria is prone to drought and floods, especially the latter, and nothing has been done to put a stop to it, while people are losing lives and livelihoods whenever this happens.

He said that climate change impacts must be managed effectively and this can be done through targeted investments.
He also noted that Nigeria must work towards becoming a prosperous nation in order to set goals that will effectively tackle issues with climate change and all other challenges that abound in the country.

In a policy paper he developed in collaboration with Damian Ude, an economist, it was stated that climate change contributes to the cycle of poverty in various ways, including by disproportionately harming women, producing refugees, and even inciting violence.

In the paper, it was also stated that climate change also causes hunger through either too little (drought) or too much (flooding) water.

LAWMA to teach students in Lagos about waste management