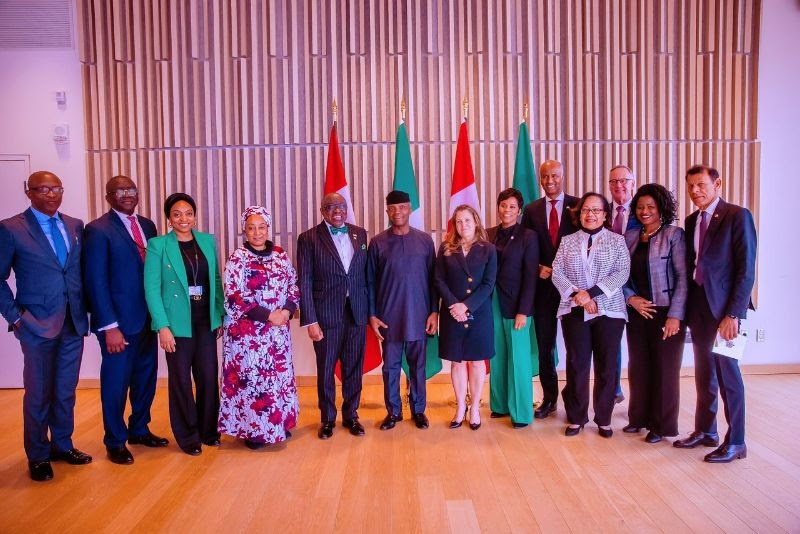 The governments of Nigeria and Canada have agreed to strengthen their bilateral ties in the areas of climate change and energy transition.

This was part of an agreement that was reached during a meeting that took place on Monday in Ottawa, Canada’s capital, between Vice President Yemi Osinbajo and Canadian Deputy Prime Minister Chrystia Freeland.

According to a statement by the vice-president’s spokesperson, Laolu Akande, Osinbajo told Canadian leaders including senators, parliamentarians and cabinet members that Nigeria hopes to find more avenues to collaborate with Canada.

On climate change and the global energy transition, Osinbajo who left Nigeria for a three-day official trip to Canada on Sunday reiterated the point that gas needs to be adopted as a transition fuel.

He however added that the federal government’s energy transition plan is focused on renewable energy, including the ongoing ‘solar power naija’ programme, launched under the economic sustainability plan.

“We believe we must use our gas as transition fuel; we have huge gas reserves. We would like to continue to use our gas during the transition,” Osinbajo was quoted as saying.

In his response, Freeland, who doubles as Canada’s finance minister, said that the country has been “looking forward to this visit for a long time,” adding that a relationship with Nigeria was important.

She said that the agenda to use gas as a transition fuel was a conversation that Canada intends to continue having going forward because the use of natural gas is sensible.

During the meeting, Osinbajo and Freeland also discussed the common and peculiar economic challenges of both countries, including fiscal and monetary challenges, subsidies, financial inclusion, social investment programmes, and strategies to support the vulnerable.

Story was adapted from the cable.