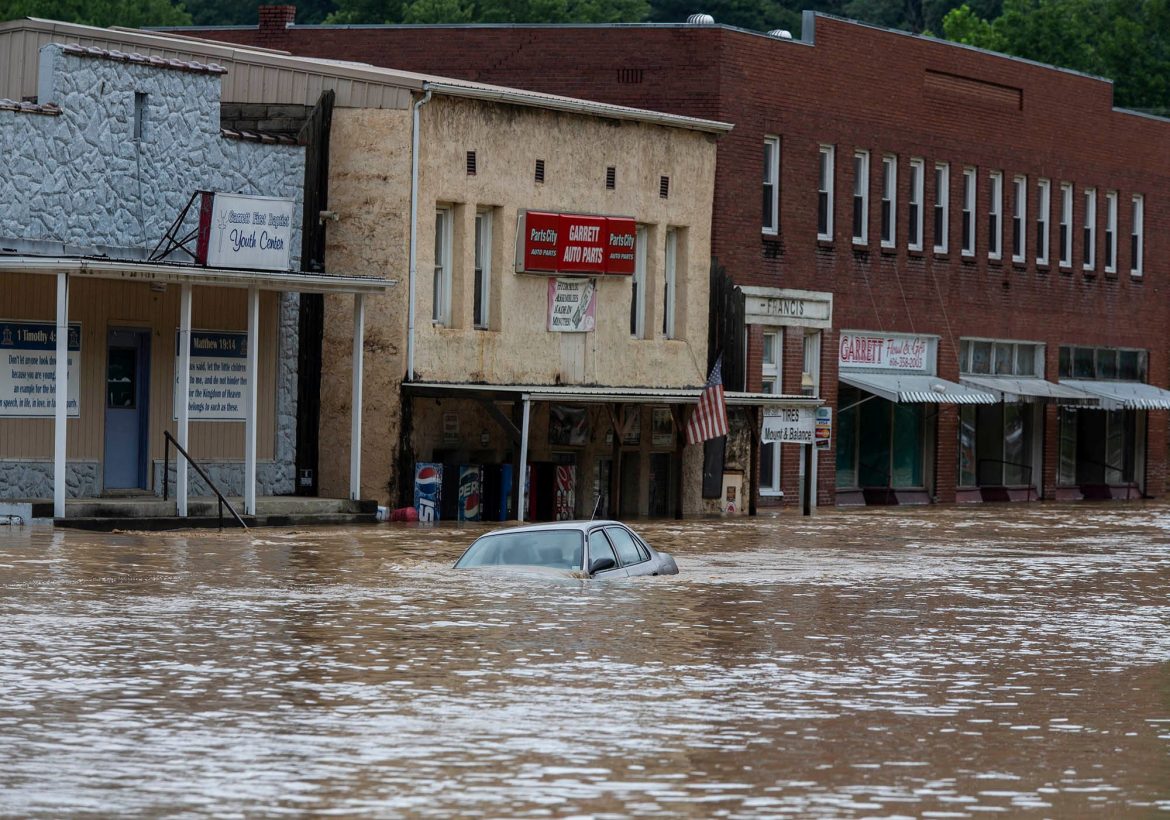 Latest reports suggest that at least 28 people have been confirmed dead following last week’s flooding in Kentucky, one of the states in the South-eastern region of the United States.

While the devastating flooding left houses in ruins, rescuers have continued to search for missing people even as more rainfall is in the forecast that threatens some areas hardest hit by the deadly flooding.

Widespread rainfall totals of 1 to 3 inches are forecast over the next 24 to 48 hours, but as much as 4 or 5 inches is possible in localized areas. As little as 1 to 2 inches can revive flooding concerns, particularly in areas already inundated with heavy rain where the soil is saturated.

Responding to the incident, gov. Andy Beshear said, “Our confirmed count of Kentuckians we’ve lost has now reached 28, and we expect that there will be more and that that number will grow,”.

According to the governor, this is one of the most devastating deadly floods that the state has seen in history as It wiped out areas where people didn’t have that much, to begin with.

“We’re going to be finding bodies for weeks, many of them swept hundreds of yards, maybe a quarter-mile plus from where they were last,” the governor said.

Also speaking, Col. Jeremy Slinker, the Kentucky emergency management director said that the forecast is concerning and that he and his team were watching it very closely.

“We also are sending out warnings and making sure everyone knows,” he said. “We’re preparing for it and making sure all the residents there are prepared for it because we just don’t want to lose anyone else or have any more tragedy,” he said.

According to the National Weather Service, a flood watch has been in effect through at least Monday morning for parts of southern and eastern Kentucky even as there are a Level 3 of 4 moderate risks for excessive rainfall Sunday across southeastern Kentucky, escalating the concern of additional flooding.

“The threat of flash flooding will be gradually increasing as showers and thunderstorms with very heavy rainfall rates develop and expand in coverage today,” the centre said, deeming the atmospheric conditions in the area as “tropical in nature,” meaning it is warm, moist and can support an incredible amount of water.