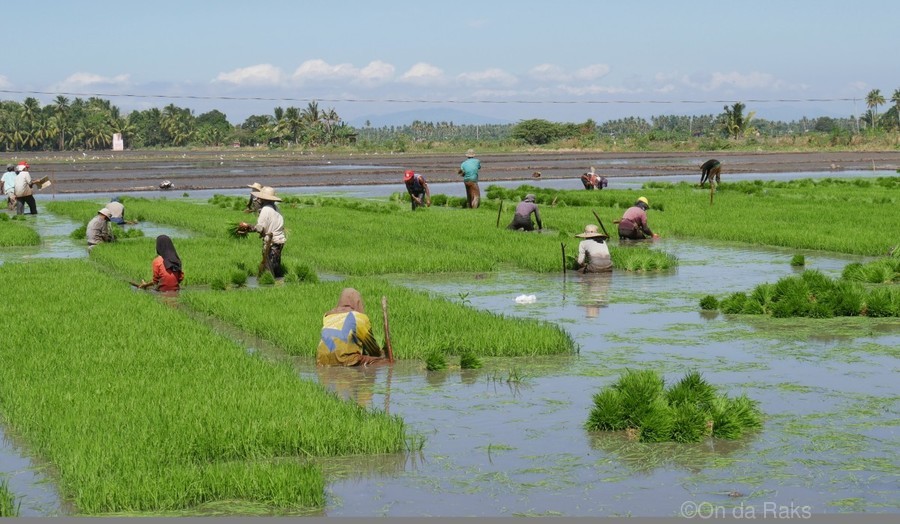 A ground-breaking report that will be released by a group of experts led by a co-chair of the UN’s climate science panel has shown that continued carbon emissions will dramatically lower rice and coffee production in Indonesia, one of the world’s top producers of both commodities.

Known as the “Impact of Climate Change in Indonesian Agriculture”, the study determined that continued climate change would reduce Indonesia’s rice production by millions of tons annually, resulting in the third reduction in exports and a more than 50% increase in price.

Given that Indonesia is the fourth-largest rice producer in the world, the study showed that these yield reductions are likely to have a severe impact on the world’s poorest citizens and that reduced rice yields and price increases would still result from lower emissions, although to a lesser amount.

Lead author of the study, Edvin Aldrian, said that the report shows the stark contrast between a world in which emissions are high and one where emissions fall, adding that there are significant economic incentives to increasing efforts to cut emissions, to save ourselves from the devastating impacts we would otherwise see.

“Continued emissions would also result in a decline in coffee production; at high emission levels, Indonesia’s coffee exports may plummet by between 2 and 35%,” he said.

Although the study primarily focuses on the economic and food security of Indonesia, it shows that the country’s decreased outputs of coffee and rice will have an impact on the global supply chain and farmers abroad may experience comparable repercussions.

The study further found that Without major mitigating measures to end the global reliance on fossil fuels, sea level rise may make soils saltier, which will reduce productivity by 50% and result in a decline in output of 8 million tons of rice, enough to feed 42 million people.