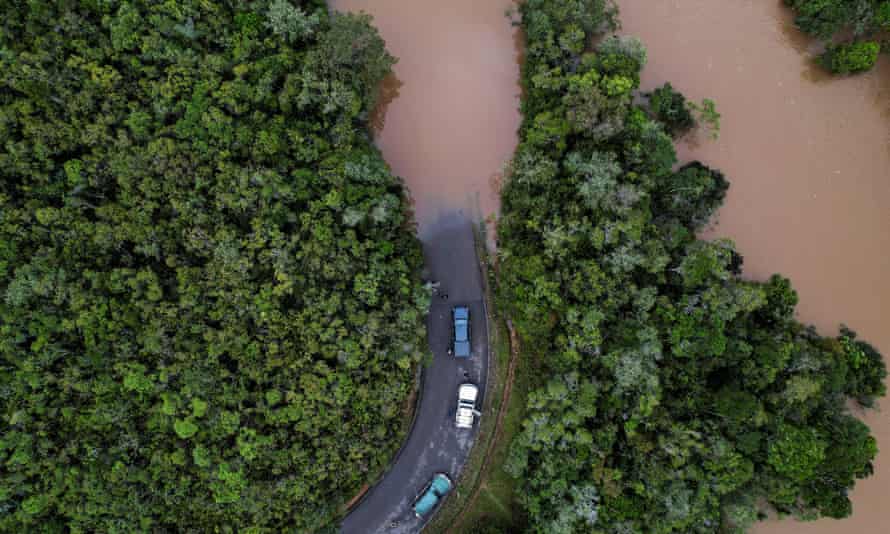 At least ten people have been confirmed killed and over 50,000 displaced after Cyclone Batsirai brought strong winds and rain to Madagascar.

Batsirai is a violent Cyclone that formed in the Indian Ocean and hit a speed of 145 miles per hour.

This is the second time Madagascar will be hit by a cyclone in as many weeks. Recall that on January 25, cyclone Ana, which also hit Malawi and Mozambique, caused over 80 deaths, including at least 42 in Madagascar and displaced as many as 130,000 people.

According to reports, the storm destroyed homes and caused power outages on the Island nation’s Western Coast, which is now bracing for floods.

The World Food Program (WFP) has warned that as many as 150,000 people might be forced to leave their homes in the cyclone’s aftermath.

“It’s as if we had just been bombed. The city of Nosy Varika is almost 95% destroyed. The solid houses saw their roofs torn off by the wind. The wooden huts have, for the most part, been destroyed,” Willy Raharijaona, an adviser to the vice president of Madagascar’s Senate, said.

The country’s Environment Minister Vahinala Raharinirina also said that many villages were nearly completely gone, with some being swept away by the storm.

In the east coast city of Mahanoro, the rising sea eroded a sandy hill that was part of a graveyard. Marie Viviane Rasoanandrasana, a 54-year-old widow, sat and watched as the bodies of her husband, father-in-law and daughter were exposed.

Experts also fear that Cyclone Batsirai could prove to be even more destructive than Storm Ana and officials have called on the international community to help.

The WFP has since prepared food and other aid materials to distribute to those in need, while some people have already been evacuated. The UN has also put rescue aircraft on standby.

Story was adapted from Quartz Africa.