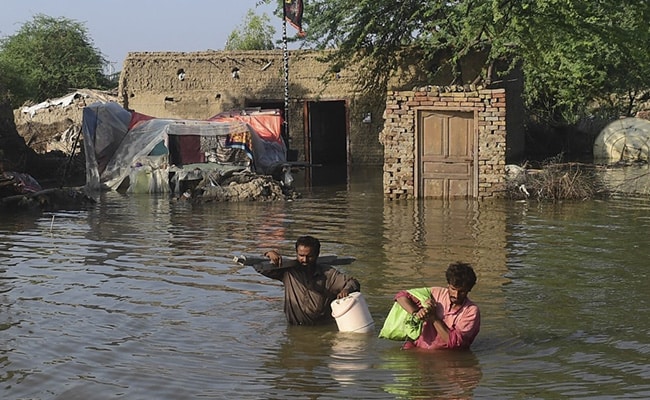 The United Nations International Children’s Emergency Fund (Unicef) says that an estimated 16 million children have been impacted by “super floods” in Pakistan with at least 3.4 million of them needing immediate lifesaving support.

UNICEF representative, Abdullah Fadil who made this known in a statement on Friday, said that the situation is extremely grim in flood-hit areas with malnourished children battling diarrhoea, dengue fever, and several painful skin diseases.

Fadil, who recently concluded a two-day visit to the flood-affected areas of Sindh, said floods had now claimed the lives of at least 528 children, adding that an estimated 16 million children have so far been impacted by the super floods.

“At least 3.4 million girls and boys remain in need of immediate, lifesaving support,” Fadil said in the statement.” Each and every one of these deaths is a tragedy that could have been averted”.

He explained that young children are living out in the open with their families, with no drinking water, no food, and no livelihood, exposed to a wide range of new flood-related risks and hazards – from damaged buildings, drowning in flood waters and snakes.

He noted that the vital infrastructure that children used to rely on has been destroyed and damaged, including thousands of schools, water systems and health facilities. He added that as the magnitude of the flood disaster continues to unfold, international aid continues to trickle in.

He however regretted that the sad reality remains that without a massive increase in support and aid, many more children will lose their lives even as a lot of the mothers are anaemic and malnourished themselves and have very low-weight babies.

“Millions of families have been forced from their homes, now living with little more than rags to protect themselves from the scorching sun as temperatures in some areas pass 40 degrees Celsius,” he said.

He maintained that whilst the number of children lost in these floods continues to grow, Unicef is doing everything it can to support children and families affected and protect them from the ongoing dangers of water-borne diseases, malnutrition and other risks, he added.

Recall that the Japanese government had on Friday this week, extended emergency grant aid of USD 7 million to Pakistan in response to damages caused by the flood disaster.

The Canadian government had also announced to match individual donations up to a total of 3 million Canadian dollars through the Humanitarian Coalition of 12 charitable organisations collecting funds and donations in Canada in response to flooding in Pakistan.