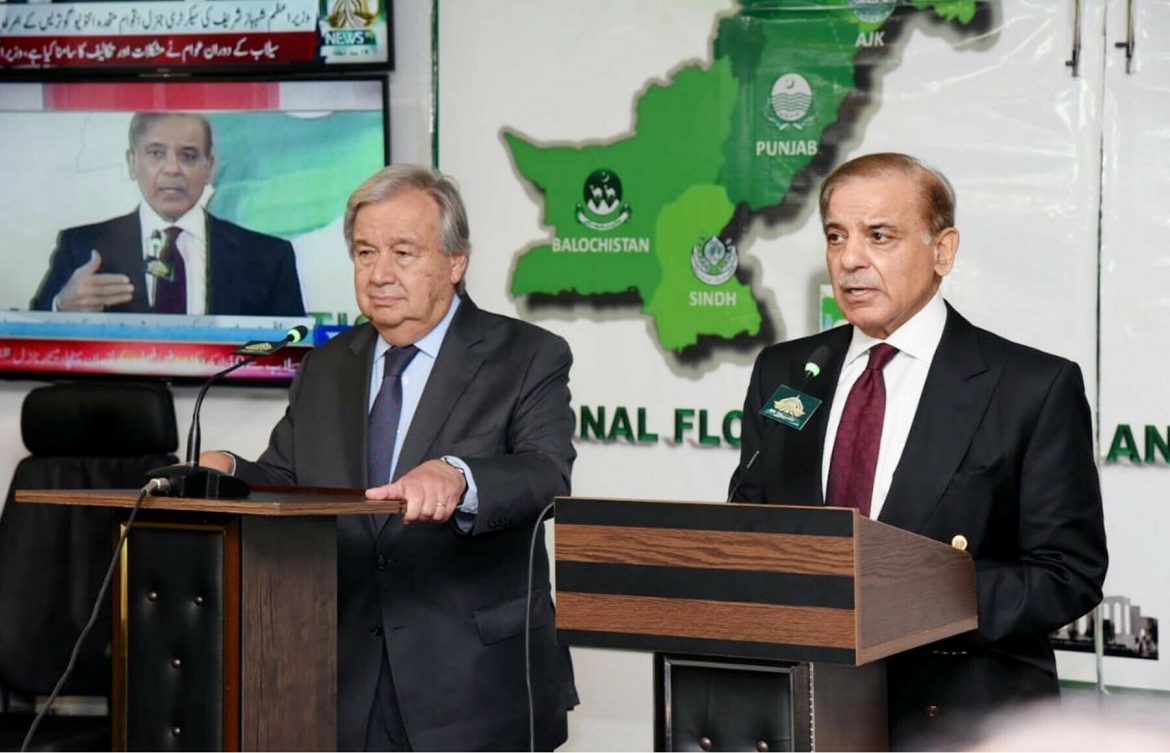 The United Nations, UN has appealed to the world for massive help to tackle the impact of flooding that has destroyed livelihoods and left many families homeless in Pakistan.

U.N Secretary-General, Antonio Guterres made the appeal when he visited the flood-ravaged country on Friday to boost the response to a disaster that the government estimates have caused $30 billion of damage.

Recall that record monsoon rains and glacier melt in northern mountains triggered floods that have swept away houses, roads, railway tracks, bridges, livestock and crops, and killed more than 1,391 people.

Both the government and Guterres have blamed the flooding on climate change.

After meeting with Prime Minister Shehbaz Sharif on his two-day visit, the UN chief said, “I call on the international community that Pakistan needs massive financial support, as according to initial estimates the losses are around $30 billion”.

In his response, Sharif said “Pakistan needs an infinite amount of funding” for its relief effort, adding the country “will remain in trouble as long as it doesn’t receive sufficient international assistance”.

Planning minister Ahsan Iqbal had said that the country expects to cut its GDP growth projection for the financial year 2022-2023 to 3% from 5% due to the losses.

The United Nations has since launched an appeal for $160 million in aid to help Pakistan cope with the disaster.

Apart from meeting Sharif and foreign minister Bilawal Bhutto Zardari, Guterres toured affected areas during his visit. He said the world needed to understand the impact of climate change on low-income countries.

“It is essential for the international community to realise this, especially the countries who have contributed more to climate change,” he said.

Between July and August, Pakistan got 391 mm (15.4 inches) of rain or nearly 190% more than the 30-year average. The southern province of Sindh has seen 466% more rain than average.

The World Health Organization has said more than 6.4 million people need humanitarian support in flooded areas. The cost of clearing up and rebuilding after the floods have added to concerns about whether the country can afford to continue paying its debts.