US pledges to relocate native tribes threatened by climate change 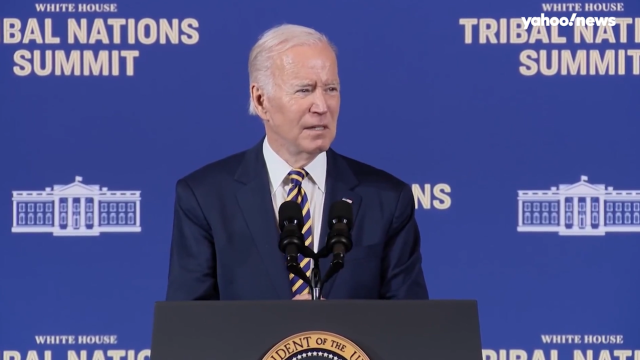 The Biden administration has committed $135 million to assist Native American tribes in relocating from homes that are being threatened by climate change.

The Department of the Interior’s voluntary community-driven relocation program will help 11 tribes adapt to climate change or, if required, relocate their towns entirely using funding from the 2021 bipartisan infrastructure package.

Speaking at his administration’s first Tribal Nations Summit at the White House on Wednesday, Biden said “as all of you know, there are tribal communities that are at risk of being washed away by superstorms, rising sea levels and wildfires raging,”.

Biden said that the funds will be used “to move, in some cases, their entire communities back to safer ground, adding that grants for relocation are being given to three coastal tribes that are already dealing with flooding brought on by increasing sea levels and more powerful storms.

Each of the Native Villages of Newtok and Napakiak in Alaska, as well as the Quinault Indian Nation in Washington state, will get $25 million to assist with relocating their residences and businesses to higher ground.

According to reports, stronger storms and thawing permafrost are to blame for the 70 feet of annual coastline erosion that Newtok Village, on the Ninglick River, is experiencing. Studies on erosion have not produced a cost-effective solution.

On the banks of the Kuskokwim River, which empties into the Bering Sea, sits the village of Napakiak. By the end of this decade, most of its vital infrastructure will have been gone, and it is losing 25 to 50 feet of ground year to erosion. The village has already created relocation plans, but due to a lack of funding, it hasn’t been able to put them into action.

In addition, $5 million planning grants will be given to four Native villages in Alaska and the Havasupai Tribe in Arizona, the Yurok Tribe in California, the Chitimacha Tribe in Louisiana and the Passamaquoddy Indian Tribe in Maine.

In his reaction, Secretary of the Interior Deb Haaland said that as part of the federal government’s treaty and trust responsibility to protect Tribal sovereignty and revitalize tribal communities, efforts my be made to safeguard Indian Country from the intensifying and unique impacts of climate change.

“Helping these communities move to safety on their homelands is one of the most important climate-related investments we could make in Indian Country,” he said.

Story was adapted from Yahoo news.