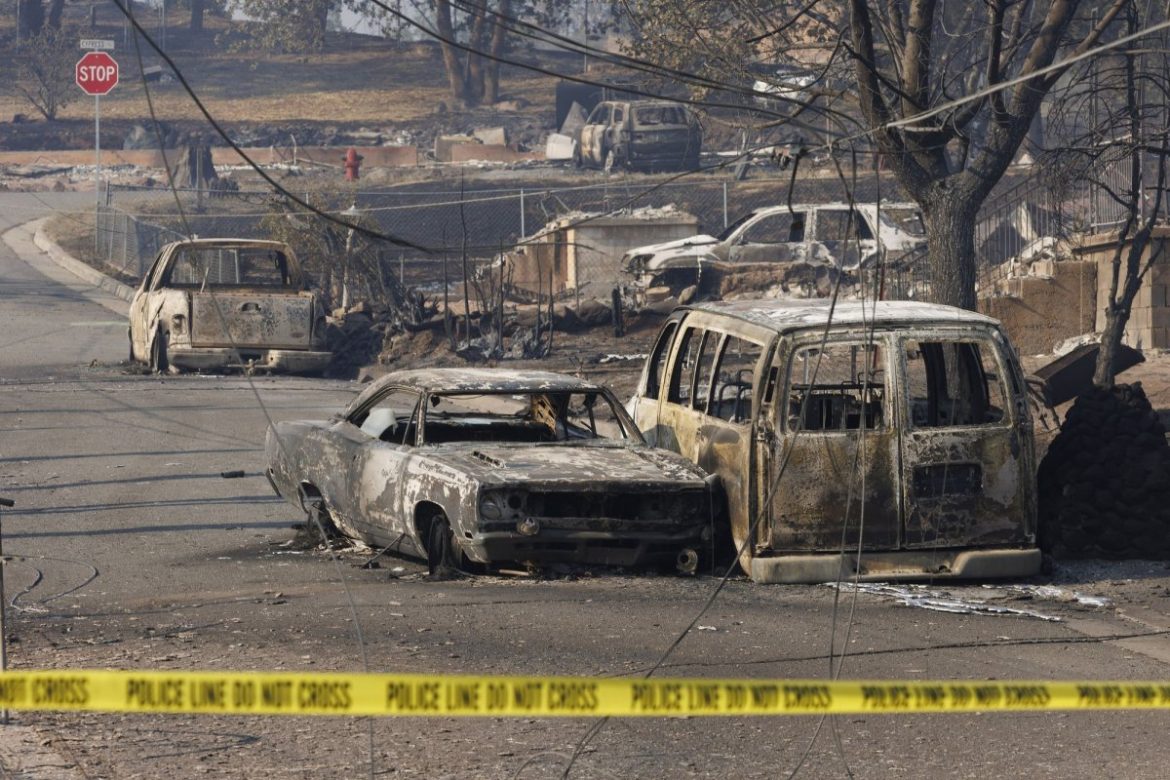 At least two people have been confirmed dead after a wildfire reportedly ripped through a Northern California town over the weekend.

This is as firefighters in the far north of the state battled blazes that forced evacuations and destroyed dozens of homes.

Fires are said to be part of life in California but recent years have been particularly challenging as the state faces a historic drought and the climate crisis makes the American west hotter and drier.

The year’s largest blaze- which is the McKinney fire, killed four in Siskiyou county, including a veteran fire lookout, and destroyed nearly 200 buildings. Weed, a city of 2,600 just off Interstate Five, has also seen three major fires in eight years. Residents have become all too familiar with the smoke, ash and flames that mean they must prepare to flee at a moment’s notice.

“There’s no easy way of putting it,” said Siskiyou County sheriff Jeremiah LaRue as he shared the news of the fatalities on Sunday afternoon during a community meeting held at an elementary school north of the rural community of Weed. He did not immediately provide names or other details including age or gender of the two people who died.

LaRue was quoted as saying that it is not clear yet when people would be allowed back into their homes and when power would be restored for the people still without it.

According to reports, about 1,000 people were still under evacuation orders on Sunday as firefighters worked to contain the blaze that ran out of control at the start of the holiday weekend.

Officials however said that the fire’s footprint hadn’t expanded since Saturday morning, though the nearby Mountain Fire grew on Sunday. This is even as authorities have said that winds, low humidity and dry vegetation would pose challenges to crews working to contain two fires that sparked on Friday and quickly burned through tinder-dry grass.

“Both fires are still very dangerous,” Dan McNamara, with the state firefighting agency Cal Fire, warned crews at a briefing on Sunday morning, advising them to be beware of heat and hydration. “There are a lot of hidden and unknown hazards there, so please keep your head on a swivel.”

Hundreds of firefighters from across the state were said to be helping to battle the blazes in the rural region near the Oregon border and had already achieved about 25% containment on the Mill fire, which had burned through nearly 7 sq miles in Siskiyou county.

The blaze had destroyed 50 structures, according to Cal Fire, and injured three people. Two were brought to a local hospital and one was transferred to UC Davis Medical Center, which has a burn unit.

Crews had contained 5% of the Mountain fire, which was at about 10 square miles. More than 1,300 people were under evacuation in the areas affected by the fires. Temperatures in Weed could climb as high as 103F (39C) in the coming days.