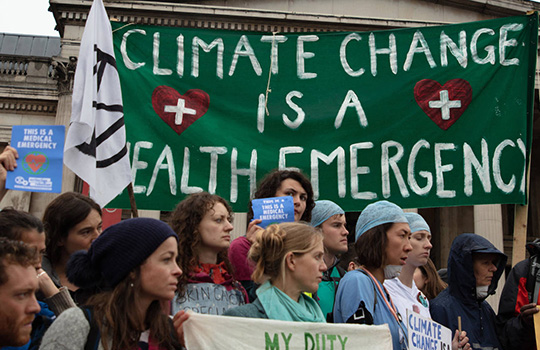 A new study published in the journal One Earth has shown that by the end of this century, warmer temperatures will cost humans an average of 50 to 58 hours of sleep per person per year.

To undertake the study, researchers used weather data and information from devices tracking sleep to measure the effect of excess heat on sleep, using more than 47,600 people in 68 countries who wore sleep-tracking wristbands between September 2015 and October 2017.

Thereafter, they compared the sleep records with local weather and climate data to see how the heat affected each participant’s sleep.

The study’s co-author, Kelton Minor, a doctoral student in planetary social and behavioural data science at the University of Copenhagen in Denmark said that they found that nights that were randomly warmer than average eroded human sleep duration among individuals globally.

“We estimated that people slept less and the probability of having a short night of sleep increased as nights became hotter,” he was quoted as saying.

Minor and his colleagues estimated the impact of more frequent very hot nights due to climate change based on how much sleep loss higher temperatures cause — an average of 14 minutes less than on the lowest-temperature nights.

“The effect of lost sleep isn’t just a matter of comfort,” he said. “Lack of sleep has a host of potential health implications, including heart disease and mental health problems”.

The study also showed that the global average temperature is 1.1 degrees Celsius (2 degrees Fahrenheit) higher than it was before the Industrial Revolution and that If warming continues, sleep will suffer.

The researcher said that countries in Africa were underrepresented in the study, meaning that extreme heat could have even stronger effects on sleep than the study showed.

Adesina says Africa needs over 41.6trn to tackle the impact of climate change