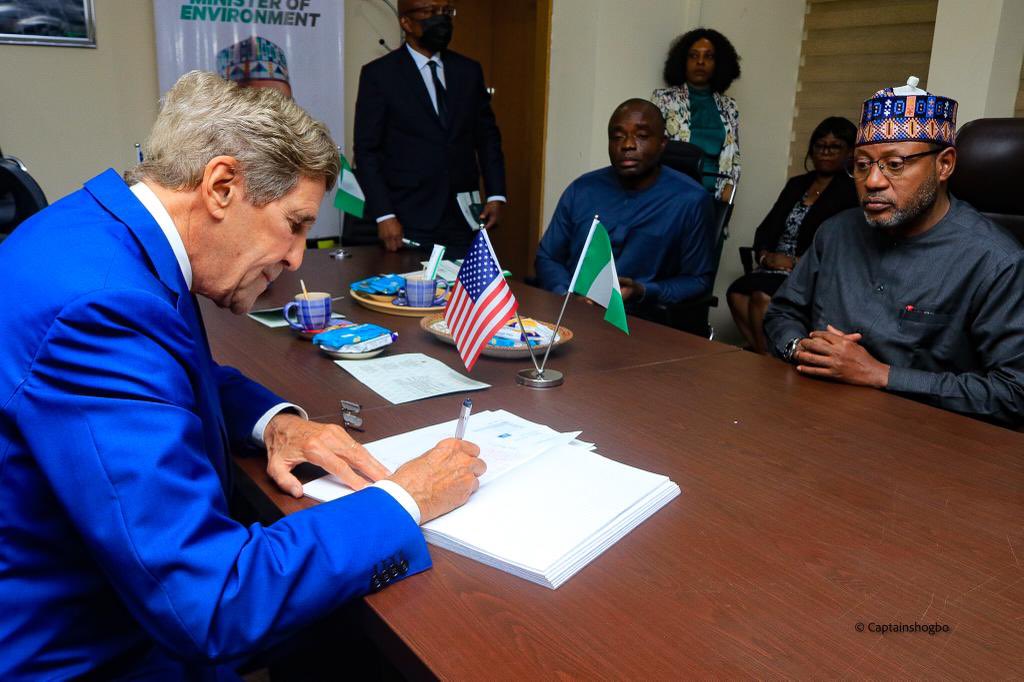 The government of the United States has pledged a total of 200 million U.S. dollars to start up the process of the Clean Energy Demand Initiative to help tackle climate change in the country.

U.S. Special Presidential Envoy for Climate, Mr John Kerry, made this known when during a visit to Nigeria’s Minister of Environment, Mr Mohammed Abdullahi, in Abuja, yesterday.

Kerry, who also signed a Memorandum of Understanding (MoU) with the minister during the visit, said that the initiative, which is a way by which companies and countries can make decisions to implement buying or production of green products, started in Glasgow.

He explained that the initiative is also intended to accelerate the marketplace creation so that it will help transition programmes faster and help to achieve a clean energy economy as well as deal with the climate crisis.

“The minister has agreed in the letter of intent and we have 200 million dollars at the moment committed to the startup in the process of safety,” he said, adding that the initiative would take a lot of billions of dollars and trillions of investment in the country.

”We talked today about the ways in which we can be helpful to bring the major amount of capital to the table with technology to help Nigeria, move faster to the clean energy economy.

He further noted that the programme would also provide job opportunities and develop the economy as well as promote a healthy environment in the country.

Story was adapted from TheCable.