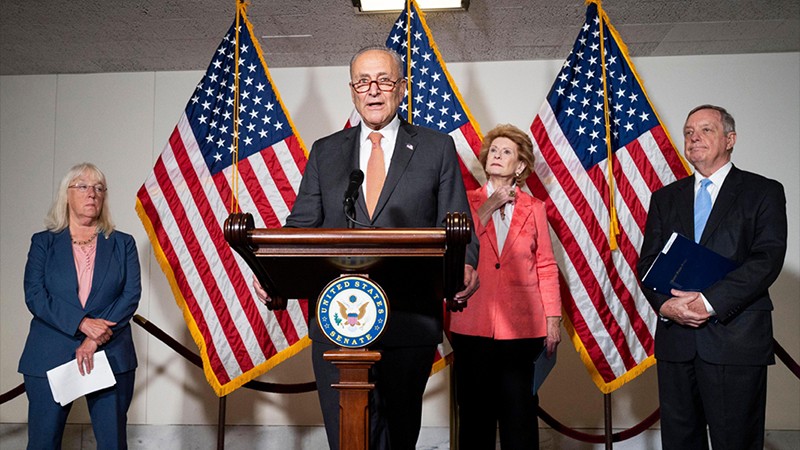 Reports just coming in show that democrats in the United States have passed a sweeping $375bn bill intended to be used in the fight against climate change.

The $375bn to be invested over the decade in climate change-fighting strategies, includes investments in renewable energy production and tax rebates for consumers to buy new or used electric vehicles.

A further breakdown shows that $60bn out of the provision will be used for clean energy manufacturing tax credit while $30bn will be used for a production tax credit for wind and solar, seen as ways to boost and support the industries that can help curb the country’s dependence on fossil fuels.

Read also: US-funded trees ‘not likely to survive in Haiti after project

Additionally, the bill gives tax credits for nuclear power and carbon capture technology that oil companies such as Exxon Mobil have invested millions of dollars in advance.

For democrats, the latest move could put the country on a path to cut greenhouse gas emissions by 40 per cent by 2030, and “would represent the single biggest climate investment in US history, by far”.

In his response, Gregory Wetsone, president of the American Council on Renewable Energy said, “this is a historic achievement,”.

Speaking further, he said “this represents the first time in the United States that we have seen Congress take a serious effort to deal with the climate problem. And this bill, the programmes it includes, are ones we have been advocating for many years and I think will have a huge impact on the clean energy transition that we know we will need to deal with climate change,”.

Story was adapted from Aljazeera.