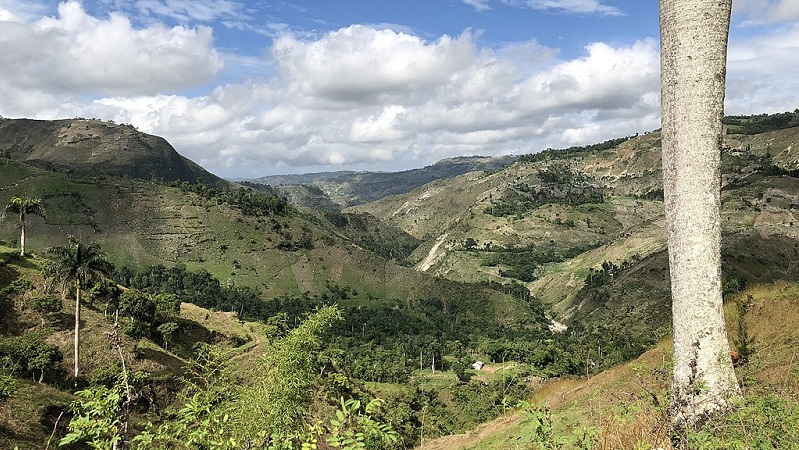 A United States Agency for International Development (USAID) commissioned report has found that trees planted in Haiti under a $39 million USAID programme are likely not to survive or be cared for” after the five-year project ends this month.

The USAID programme was intended to reverse deforestation by paying Haitians to plant trees and by teaching them skills like beekeeping to diversify their income so that they are less pressured to chop down trees to make charcoal, which is used for cooking.

According to reports, Haiti had already lost 9% of its tree cover in the last 20 years with trees destroyed by Hurricane Matthew in 2016 and chopped down to be turned into charcoal or to create space for farming.

Apart from deforestation which makes Haitians more vulnerable to the floods and landslides that global heating has made more frequent, there is also worsening climate change.

It was for this reason that USAID launched a reforestation programme in 2017, with the specific aim of planting four million trees. The US aid agency outsourced the project to a company called Chemonics, which is headquartered near the White House and is known in the development industry as a ‘Bingo’ or big international non-governmental organisation.

While Chemonics talks about the project in glowing terms on its website, a May 2021 report authored by consultants from Social Impact Inc found a host of problems, including that the project’s environmental and social benefits are unlikely to continue when the funding runs out.

The report also found that trees planted on private property which contribute to people’s income, like fruit trees, “are likely to be protected”. But “trees planted on public land where animals roam freely are not likely to survive”.

A Haitian environmentalist, Jean Wiener who planted trees for the USAID-funded programme said that wild, feral or grazing cows and goats “are going around and pretty much mowing the country”.

He explained that although Haiti has laws that state that animals should be fenced, they are not enforced. Rather, farmers allow their animals to roam to graze which is easier than fencing them in and bringing them food.